Fulham have not had an easy ride in the Premier League. The home game against Burnley saw yet another tough defeat and relegation is now a fact. The game finished 0-2 (0-2).

The match was goalless until Burnley took the lead in the 35th minute through Ashley Westwood, who scored a goal, with an assist by Matej Vydra.

The team increased the lead to 0-2 just before the half-time whistle as Chris Wood scored a goal, with an assist by Josh Brownhill. He has now scored 12 Premier League goals this season. The teams were unable to score in the second half and the game ended with a 2-0 win for Burnley. It was Wood’s 12th goal.

It was Fulham’s seventh game in a row without a win.

This means Burnley are in 14th place in the table.

In the next round, Fulham take on Southampton away at St Mary’s Stadium on Saturday. Burnley play at home to Liverpool on Wednesday. 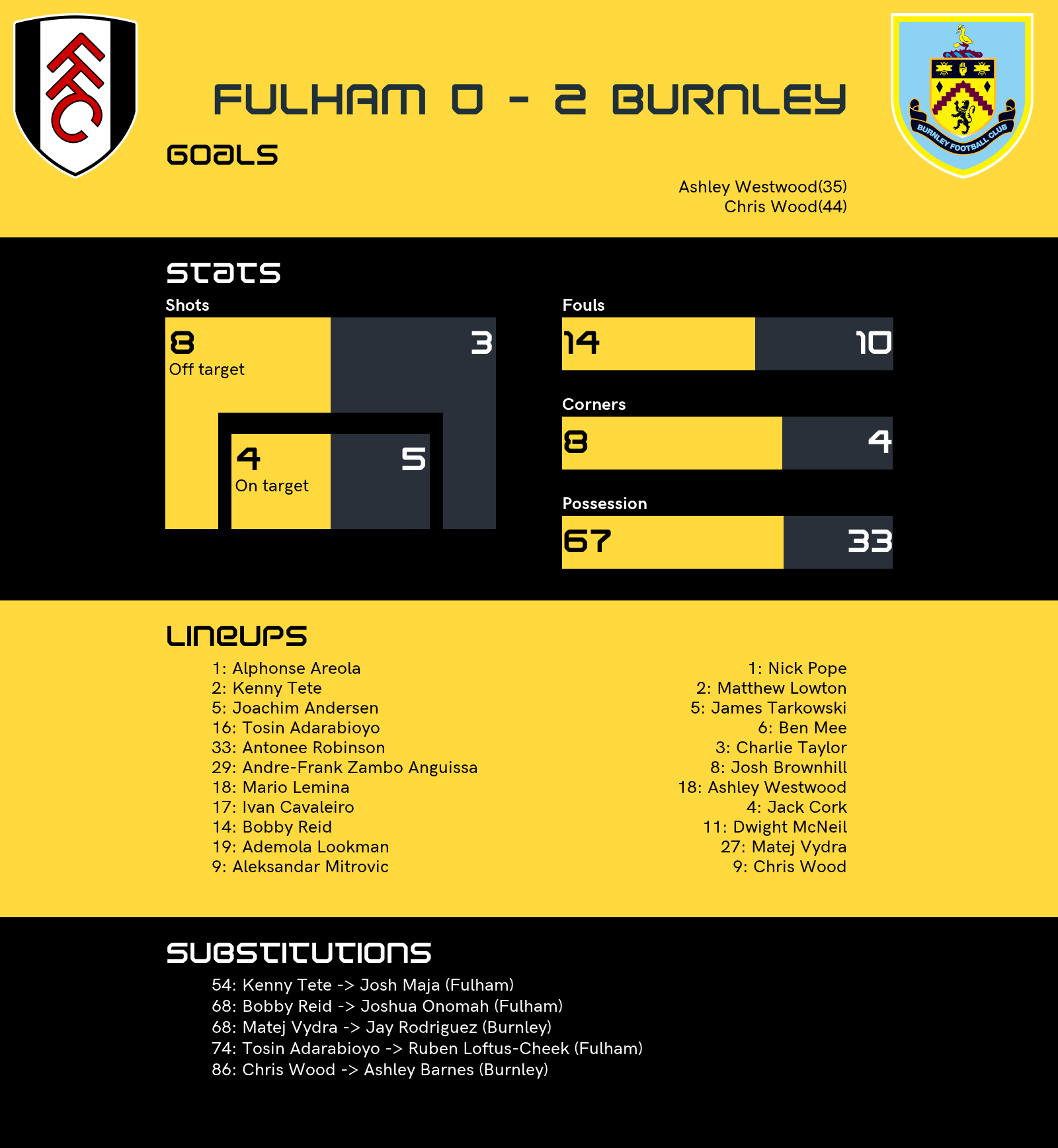