Bristol City entertained Luton Town at Ashton Gate in a match that finished 2-3 (2-0). The result meant Bristol City’s eighth game in a row without a win in the Championship.

It was 0-0 until Bristol City took the lead just after the half-hour mark through Nahki Wells, who scored a goal, making it 1-0.

The team also increased their lead to 2-0, as Adam Nagy scored a goal, in the 38th minute.

With more than 30 minutes on the clock, Luton Town’s James Collins scored a goal and plugged one back for Luton Town.

In the 68th minute, Elijah Adebayo scored a goal, to equalise for Luton Town.

Harry Cornick scored the deciding goal in the 74th minute. The team had then turned the match around. The 2-3 goal was the last goal of the game.

Bristol City have 2 draws 3 losses with a 5–9 goal difference in the last 5 games, while Luton Town have 3 wins, 1 draw and 1 loss and a 8–5 goal difference.

Luton Town are now in 11th place, while Bristol City are in 18th place. 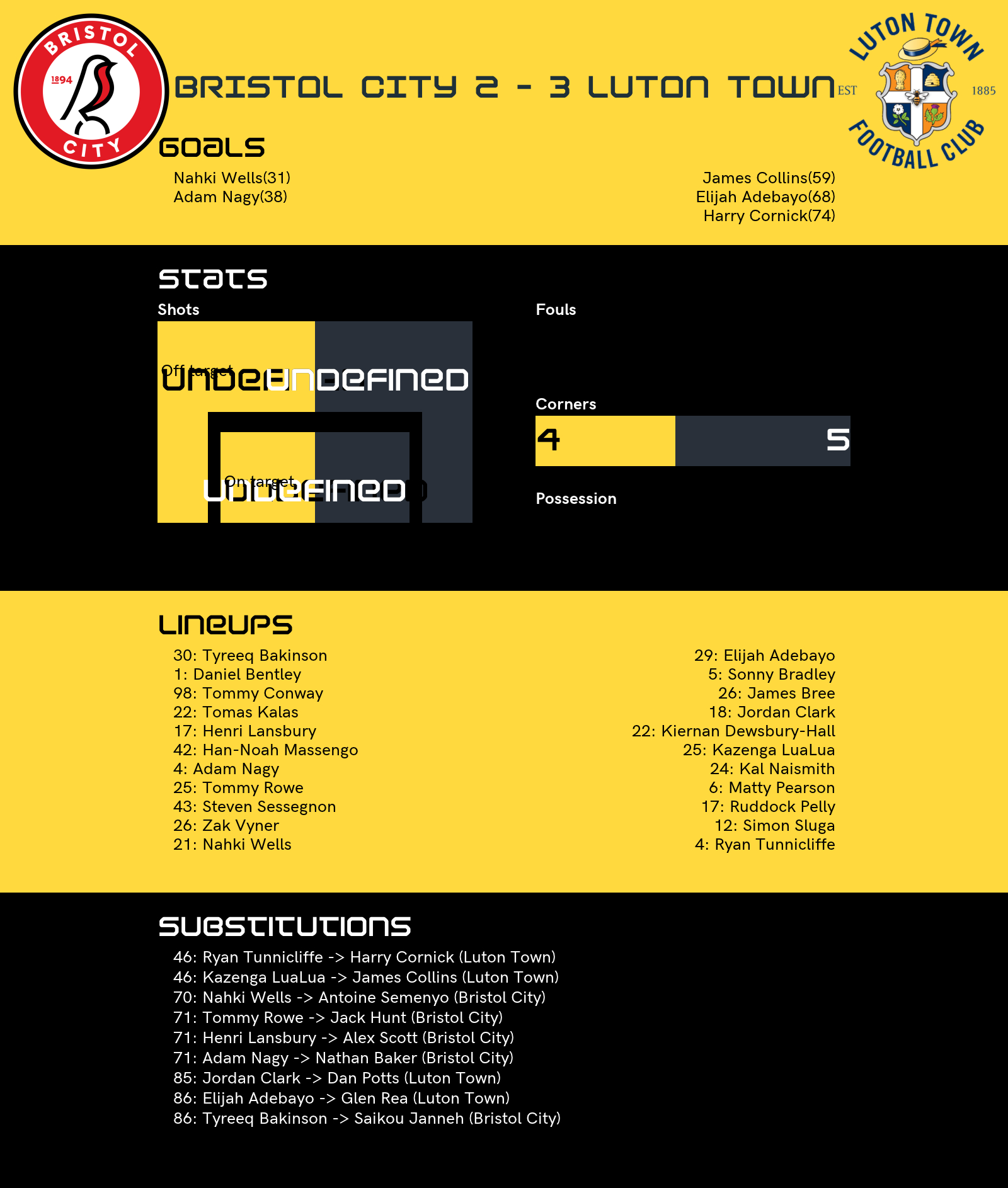