The home side Mainz took control of the game against Bayern München and had a 2-0 lead. The third period saw Bayern coming closer but the Bundesliga game finished with a 2-1 win for Mainz.

The hosting team Mainz started the match at pace and took the lead straight away already from the kickoff. After only 3 minutes Jonathan Michael Burkardt scored a goal.

The team also increased their lead to 2-0, when Robin Quaison scored a goal, with an assist by Philipp Mwene, in the 37th minute.

The goal that reduced the score to 2-1 came in the 90th minute, when Robert Lewandowski scored a goal for Bayern München. The goal was his 36th on target in the league this season. But Bayern München ran out of steam. The 2-1 goal was the last goal of the game.

The result means that Mainz have taken points in seven straight games.

Ahead of Saturday’s game, München had enjoyed a run of eight games without defeat.

Mainz are in 12th place after the game, while Bayern München are still at the top of the table, 10 points clear of Leipzig.

In the next round, Mainz take on Hertha at home at Opel Arena on Monday. Bayern play at home to Mönchengladbach on Saturday. 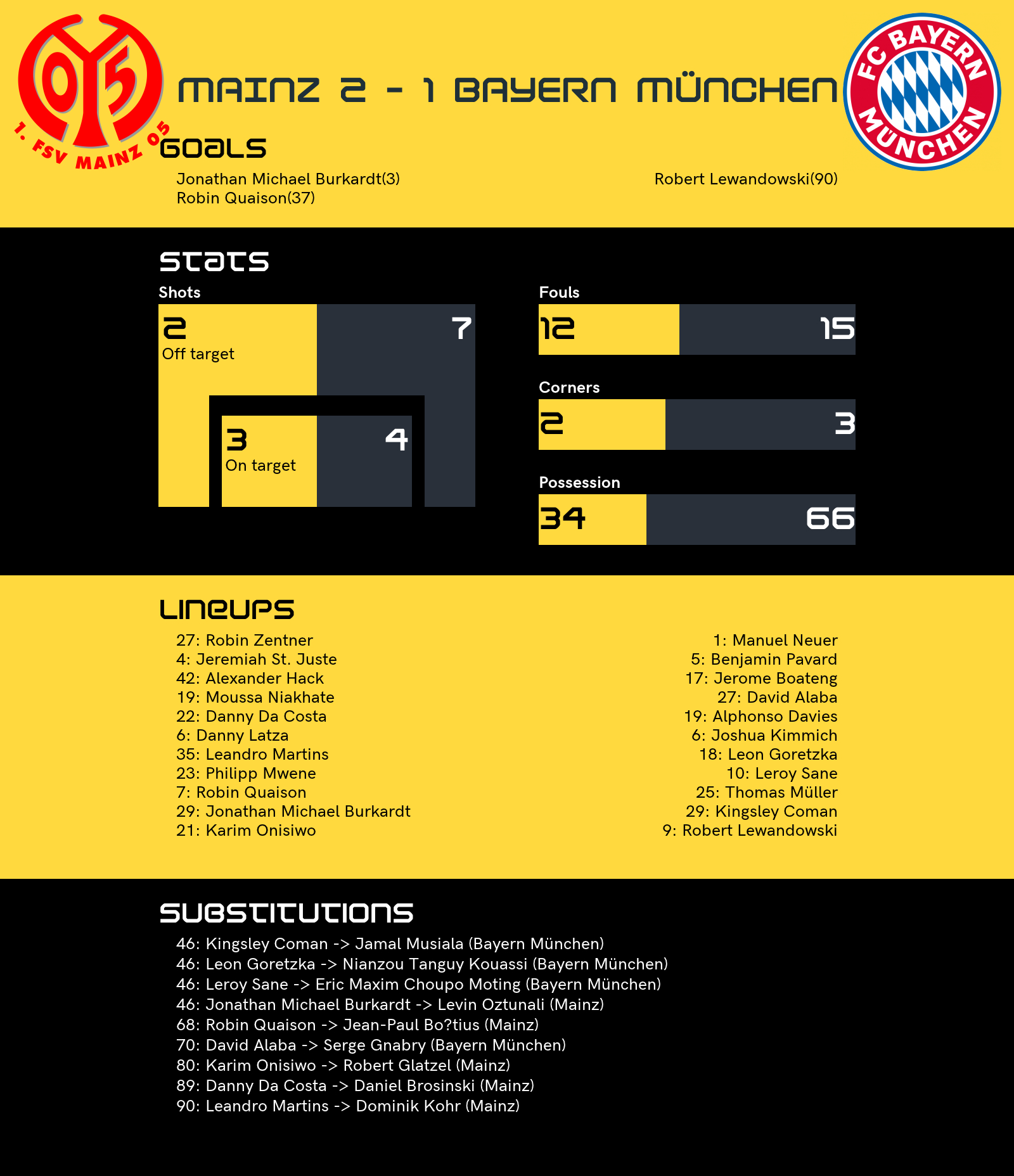