West Bromwich Albion have not had an easy ride in the Premier League. The away game against Arsenal saw yet another tough defeat and relegation is now a fact. The game finished 3-1 (2-0).

There was no real shape to the match until Arsenal took the lead just before the half-hour mark through Emile Smith-Rowe, who scored a goal, with an assist by Bukayo Saka, making it 1-0.

The team increased their lead to 2-0, as Nicolas Pepe scored a goal, with an assist by Calum Chambers, in the 35th minute. The goal was his sixth on target in the league this season.

The 3-1 goal came in the 90th minute, when Willian scored a goal for Arsenal. The 3-1 goal was the last one of the game.

The result means the fourth game in a row without a win for West Bromwich Albion.

For Arsenal, the result means they are in ninth spot in the league.

Next time Arsenal will play against Chelsea on Wednesday at Stamford Bridge. West Brom take on Liverpool at home on Sunday. 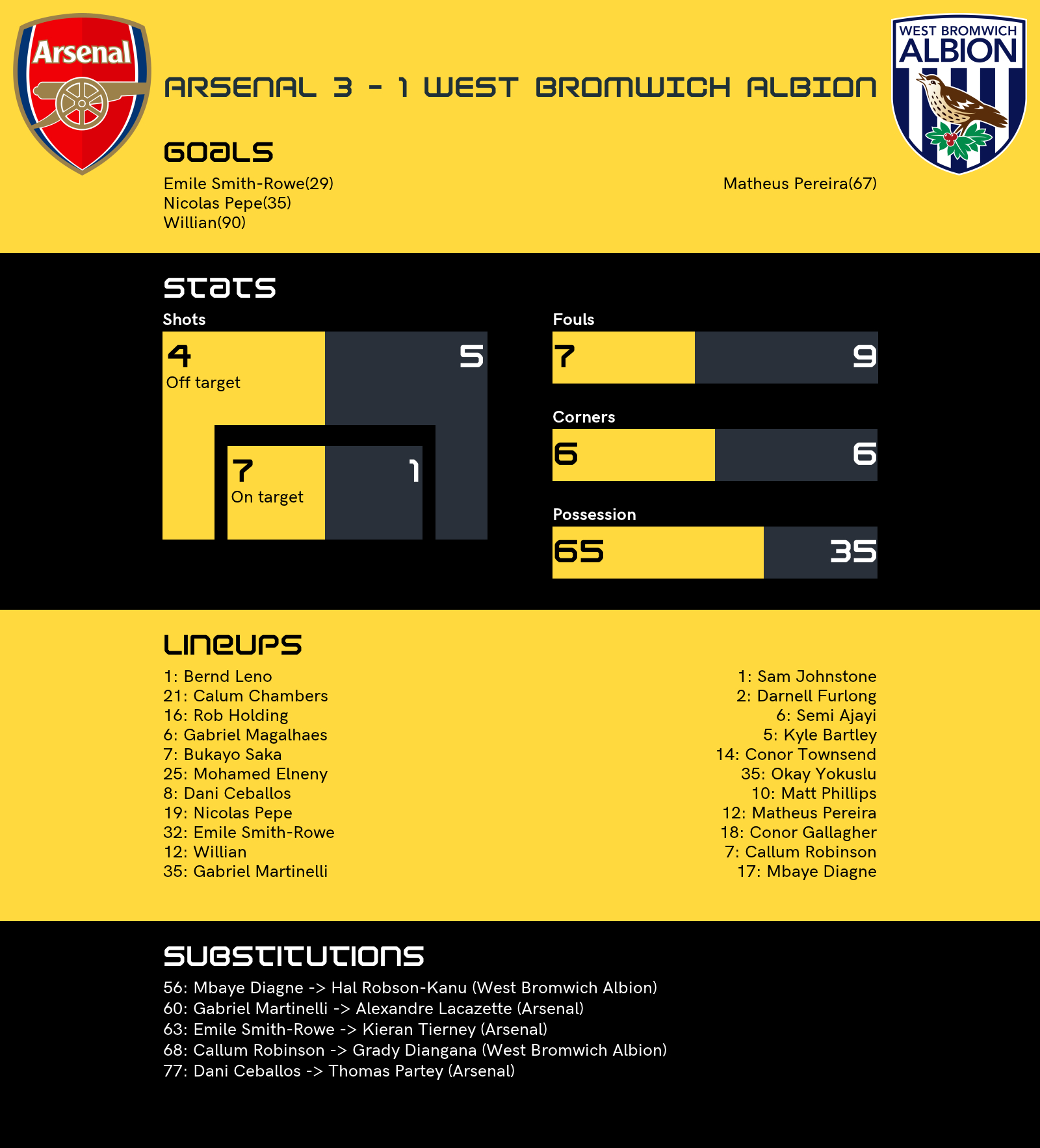