The standings remain unchanged with Brentford in third place and Watford are in second place.

The first half was goalless, but straight after half-time, Marcus Forss made his mark as he scored a goal to give Brentford the lead.

With 30 minutes on the clock, Brentford’s Ivan Toney scored a goal and increased their lead, what brought the final score to 2-0.

With this game, Brentford can chalk up a three-game run without conceding a goal.

The result means that Brentford have taken points in 11 straight games.

Next up, Brentford face Bristol City at Ashton Gate, while Watford face Swansea City at home. Both games are set for Saturday. 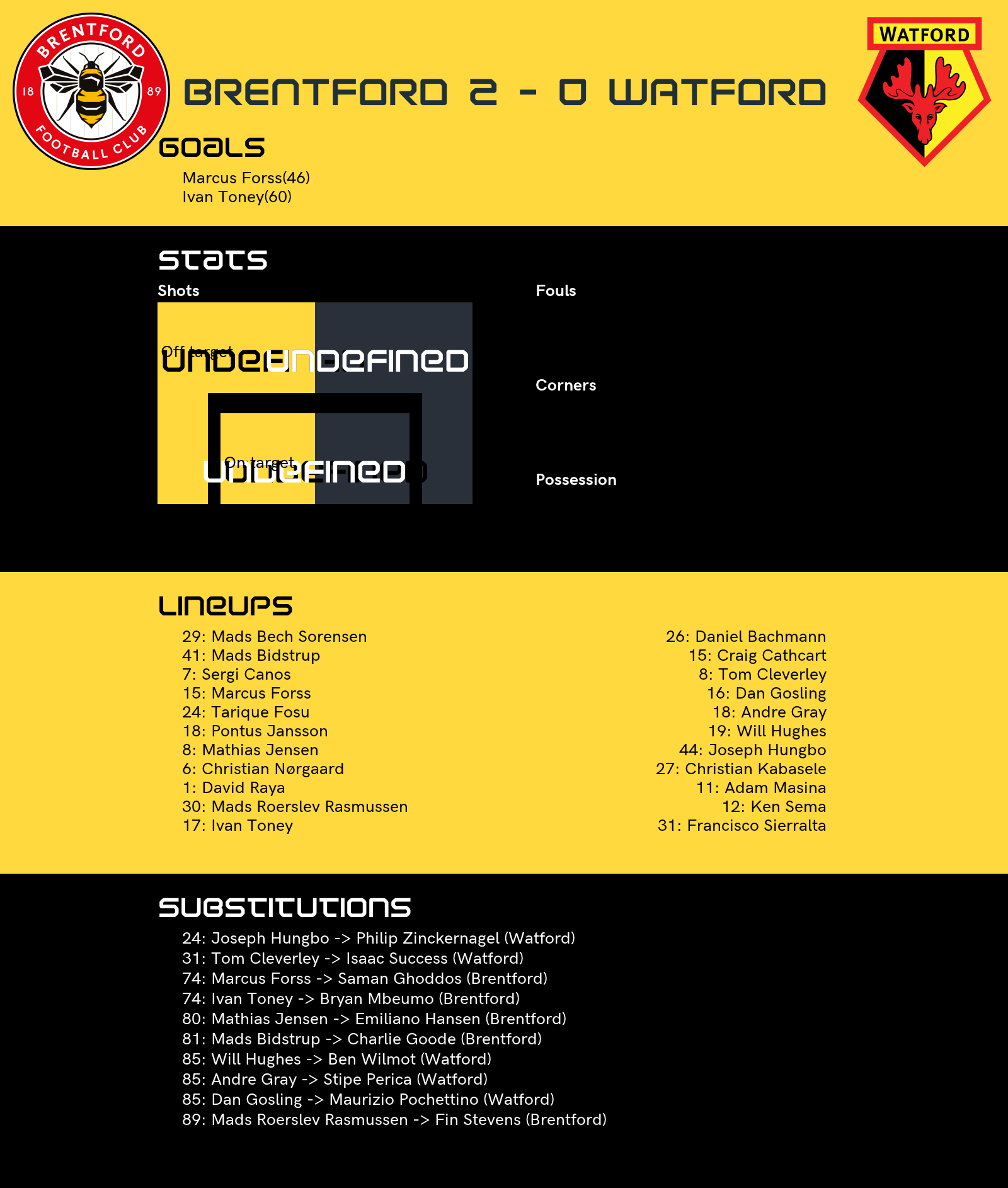