Crystal Palace claimed a comfortable win away against Sheffield United in the Premier League. The match finished 0-2 (0-1) after goals from Christian Benteke and Eberechi Eze.

The visiting team Crystal Palace started best and were already 0-1 up at the start of the game. After only 2 minutes Christian Benteke scored a goal from a pass from Eberechi Eze. He has now scored seven Premier League goals this season.

It took a long time before the next goal came. The 0-2 goal came, when Eberechi Eze scored a goal for Crystal Palace. This brought the final score to 2-0.

This means Crystal Palace are in 13th place and that Sheffield United are in 20th and last place.

In the next round, Sheffield Utd take on Everton away at Goodison Park on Sunday. Palace play away to Southampton on Tuesday. 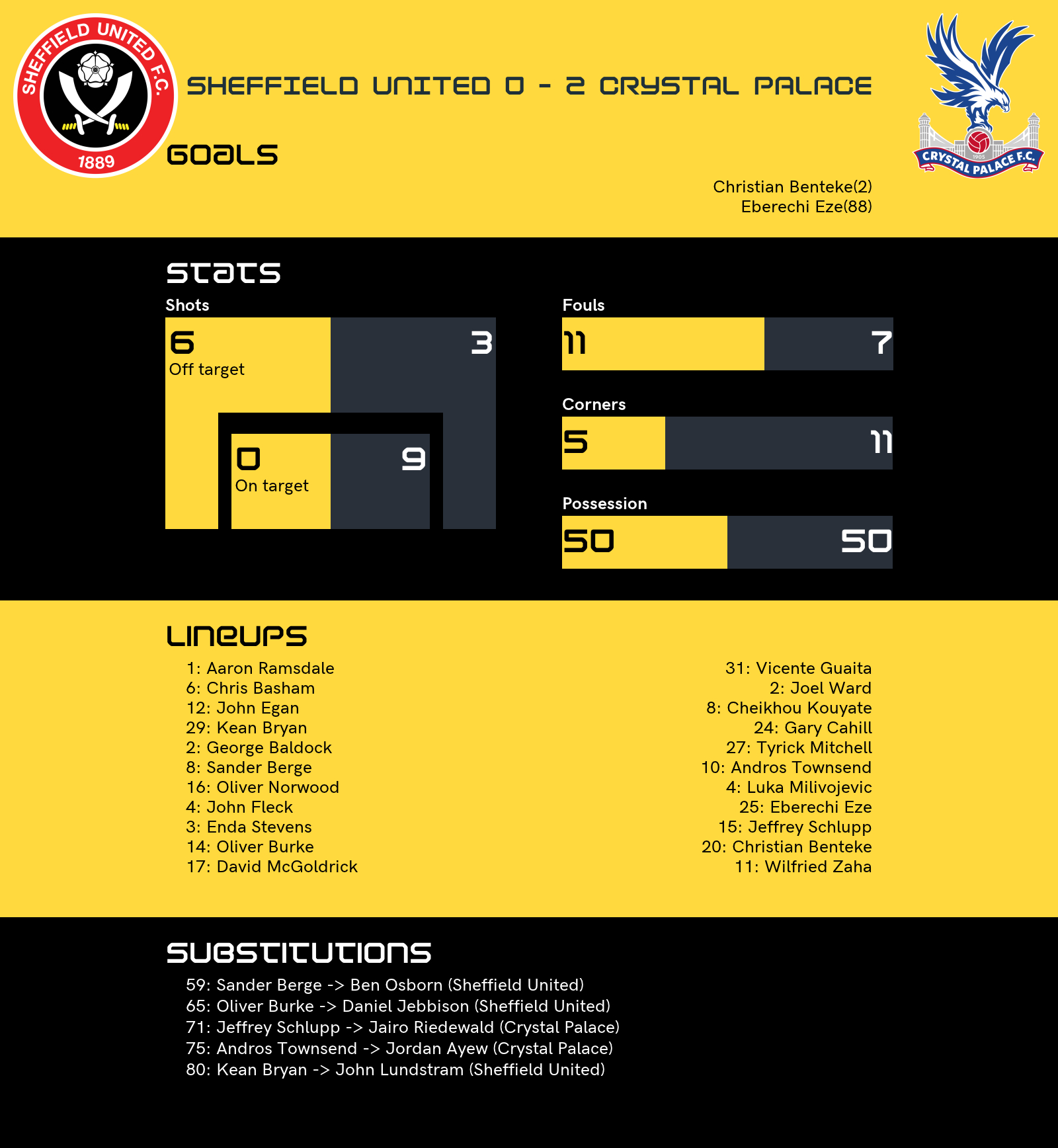