The game at San Mamés against Atlethic Bilbao finished 2-2 (1-0) and was Valladolid’s seventh in a row without a win in the La Liga.

Atlethic Bilbao started the match well and took the lead when Jon Morcillo scored a goal after 14 minutes, making it 0-1.

There was a long delay before the next goal came. In the 70th minute, Fabian Orellana scored a goal, from a pass from Oscar Plano, to equalise for Valladolid, what was Orellana’s sixth goal of the season.

Raul Garcia gave Atlethic Bilbao the lead, with an assist by Inaki Williams, in the 76th minute.

Five minutes left to play, Valladolid’s Shon Weissman equalised as he scored a goal, with an assist by Saidy Janko. The 2-2 goal was the last goal of the game.

The result means that Atlethic Bilbao have taken points in seven straight games.

Atlethic Bilbao have 1 win and 4 draws with a 5–4 goal difference in the last 5 games, while Valladolid have 3 draws and 2 losses and a 5–7 goal difference.

Atlethic Bilbao are in ninth place after the game, while Valladolid are in 18th.

Athletic Club play Sevilla away on Monday. Valladolid will face Real Betis at home on Sunday. 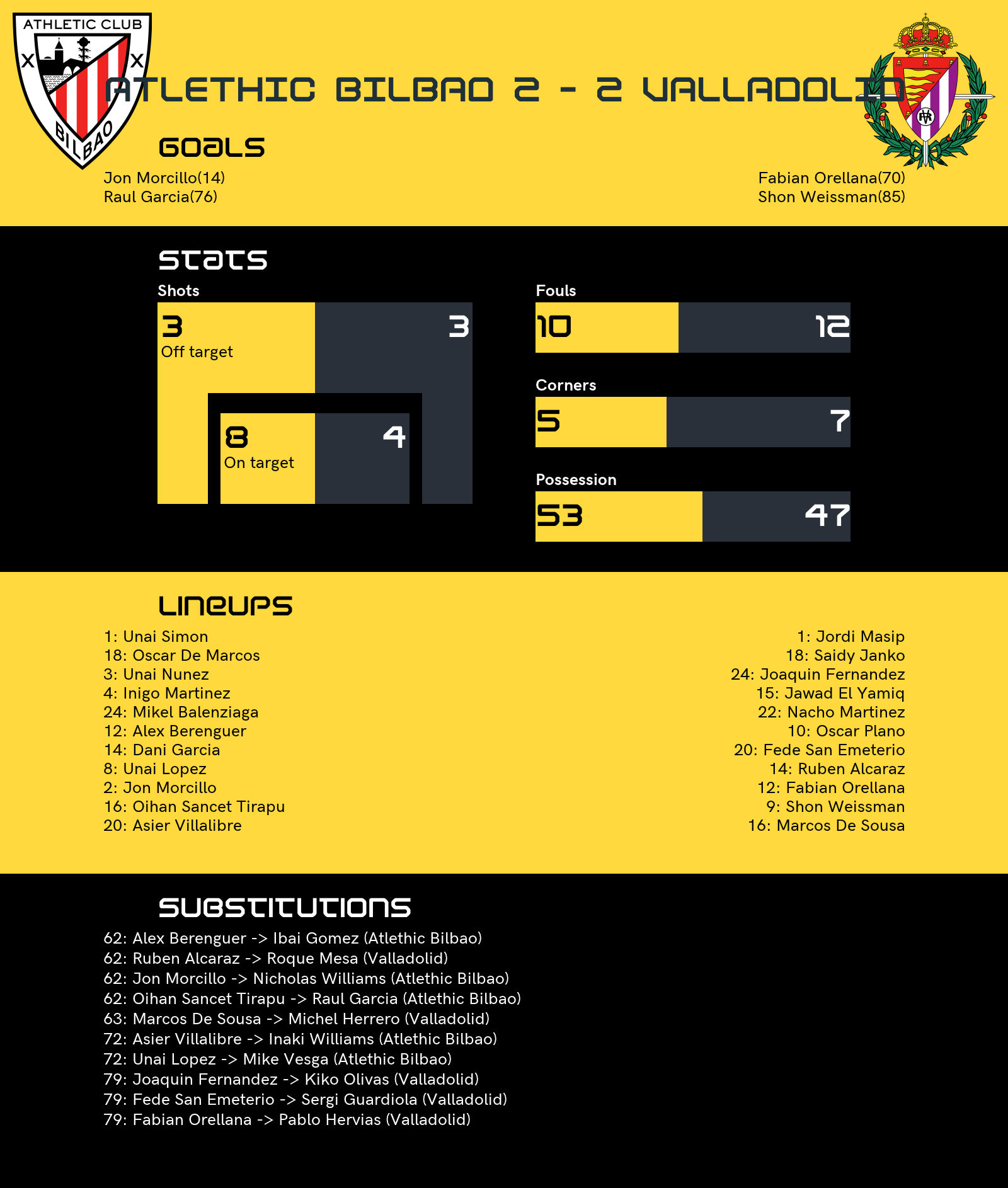