Torino beat Parma 1-0 (0-0) at home in the Serie A. Vojvoda scored the only goal of the game in the second half.

The first half finished 0-0 and it took until the 63rd minute before Mergim Vojvoda scored a goal, with an assist by Cristian Ansaldi, to make it 1–0 for Torino, a goal that decided the game.

Torino are now in 15th place, while Parma are in 19th place.

Torino are set to face Verona, while Parma face Atalanta. Both games are scheduled for Sunday. 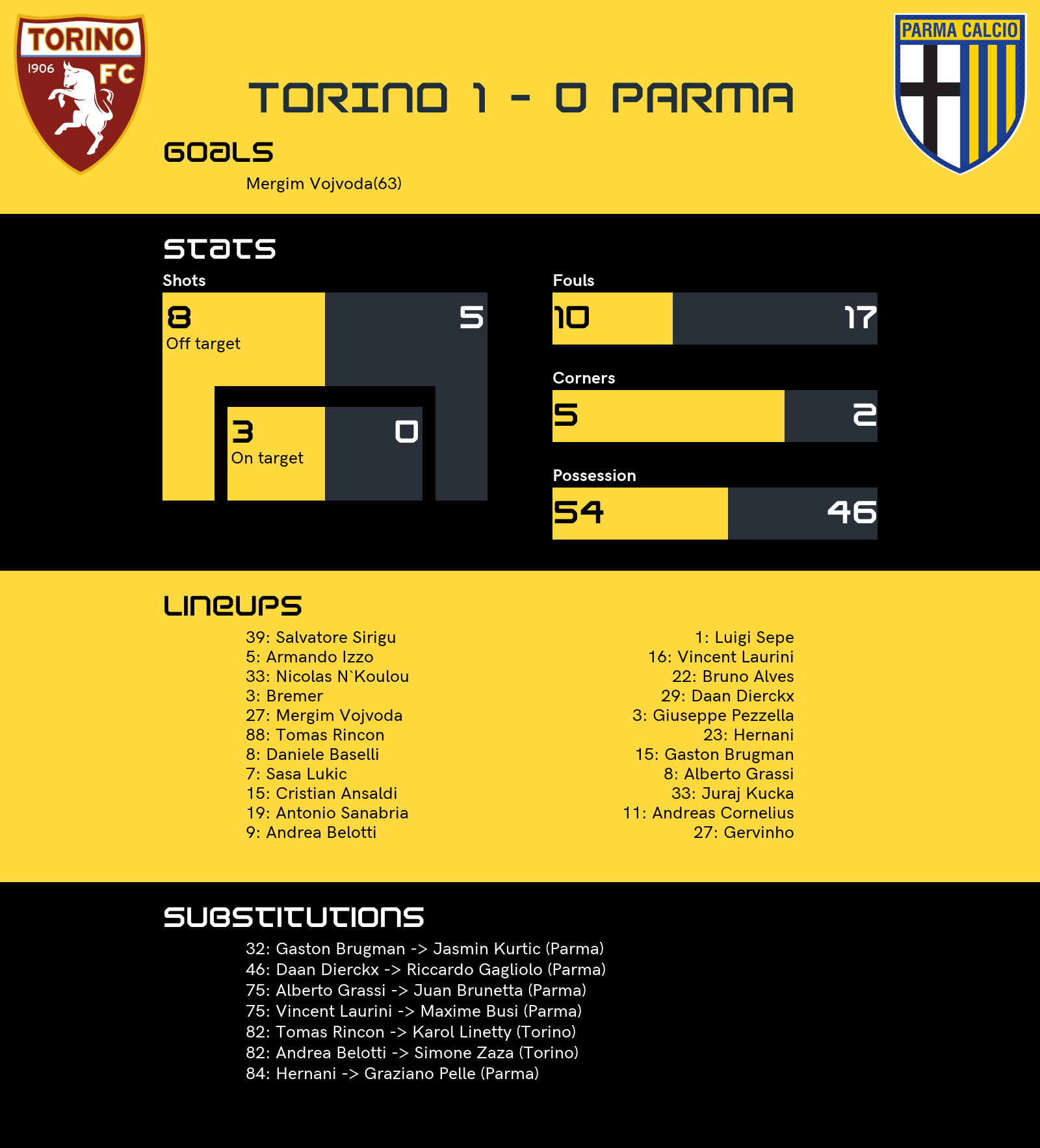