Verona entertained Bologna in a match that finished 2-2 (1-1). The result meant Verona’s eighth game in a row without a win in the Serie A.

The hosts Verona started best and were already 1-0 up already from the kickoff. After only 2 minutes Davide Faraoni scored a goal, with an assist from Koray Günter.

Bologna equalised to make it 1-1, as Lorenzo De Silvestri scored a goal, in the 32nd minute.

Straight after the break, Nikola Kalinic found the net and gave Verona the lead på nytt.

Eight minutes left to play, Bologna’s Rodrigo Palacio equalised as he scored a goal, with an assist by Andreas Olsen. This brought the final score to 2-2.

With one game remaining, Verona are in 10th place in the table while Bologna are in 11th.

Both teams will be back in action on Sunday when Verona host Napoli and Bologna welcome Juventus. 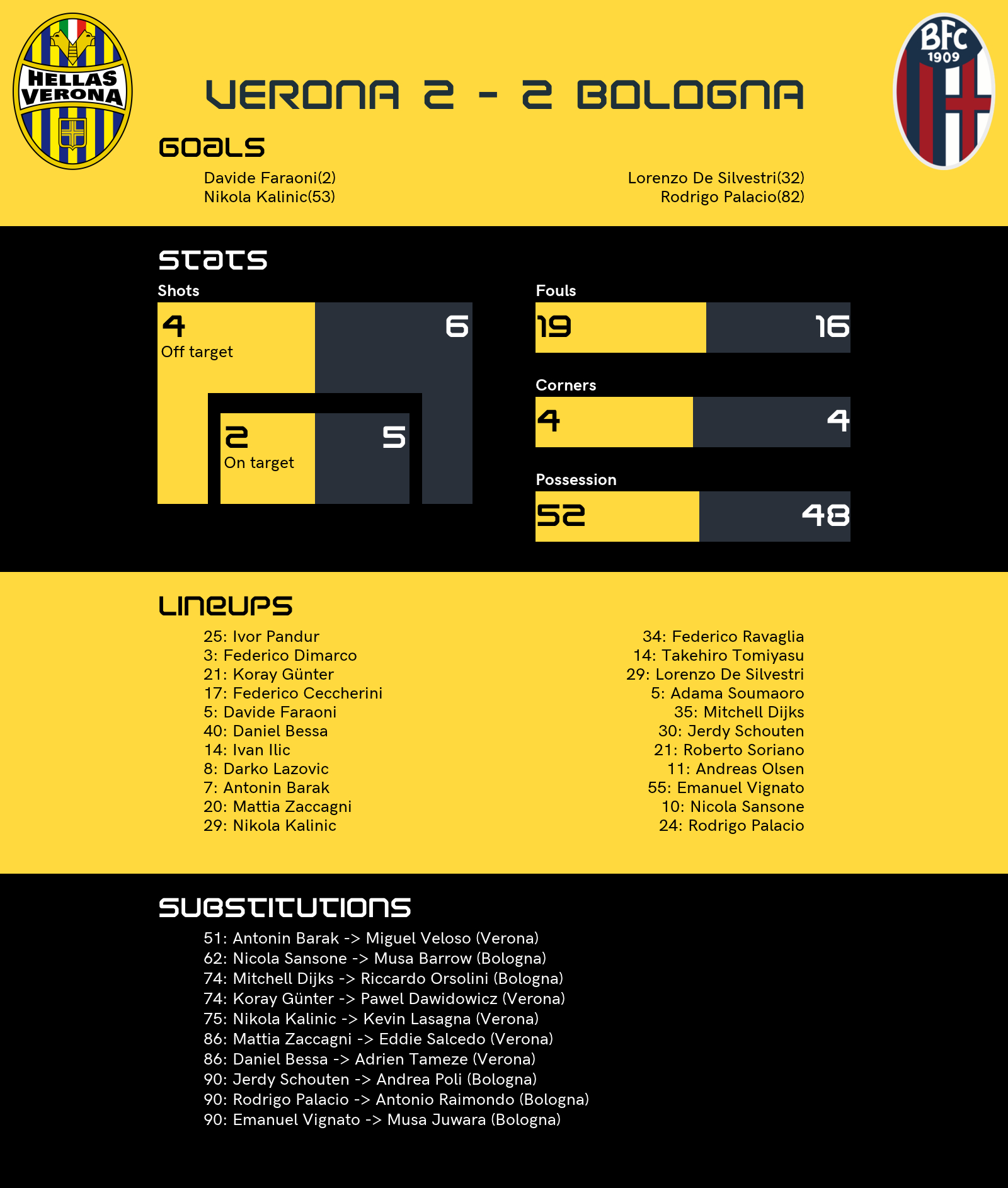