Leeds are now in a strong position in the Premier League. When the team met Southampton at away on Tuesday, they secured their third win in a row. The team won with 2-0 (0-0), seemingly bringing their tough time to a close.

The first half finished 0-0, and it took until the 73rd minute before Patrick Bamford gave Leeds the lead as he scored a goal, with an assist by Rodrigo Moreno, He has now scored 16 Premier League goals this season.

The 0-2 goal came in the 90th minute, when Tyler Roberts scored a goal for Leeds. This brought the final score to 2-0.

With one game remaining, Southampton are in 14th place in the table and Leeds are in eighth. 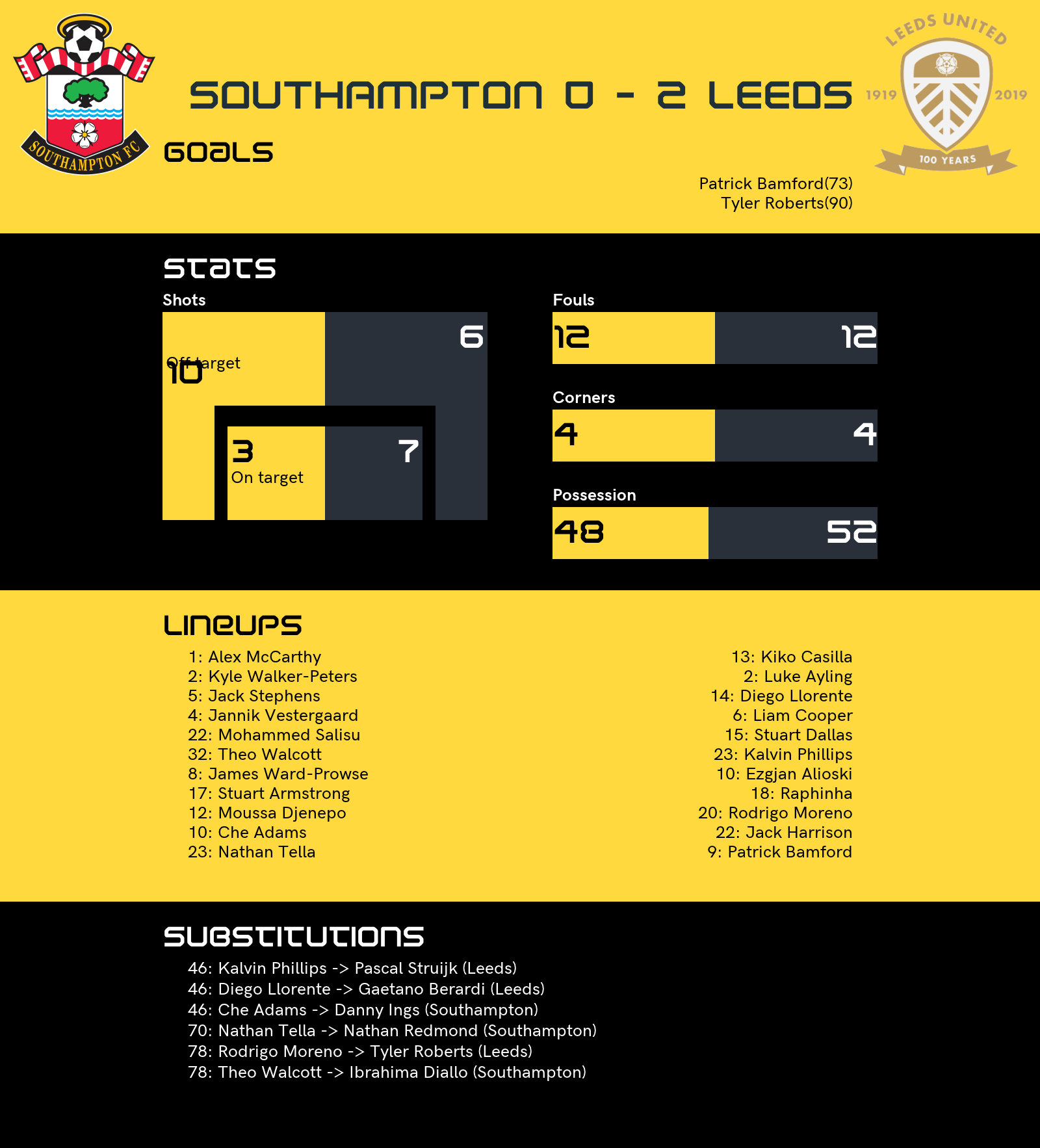