Arsenal won 2-0 (0-0) at home to Brighton in the Premier League. Nicolas Pepe scored both goals for Arsenal.

The first half was goalless, but straight after half-time, Nicolas Pepe made his mark as he scored a goal, with an assist by Calum Chambers, to give Arsenal the lead.

With 30 minutes on the clock, Arsenal’s Nicolas Pepe scored a goal, from a pass from Martin Ödegaard, and increased their lead, what became his eighth goal of the season. This brought the final score to 2-0.

Wrapping up the regular season, Arsenal finished in eighth place and Brighton in 16th. 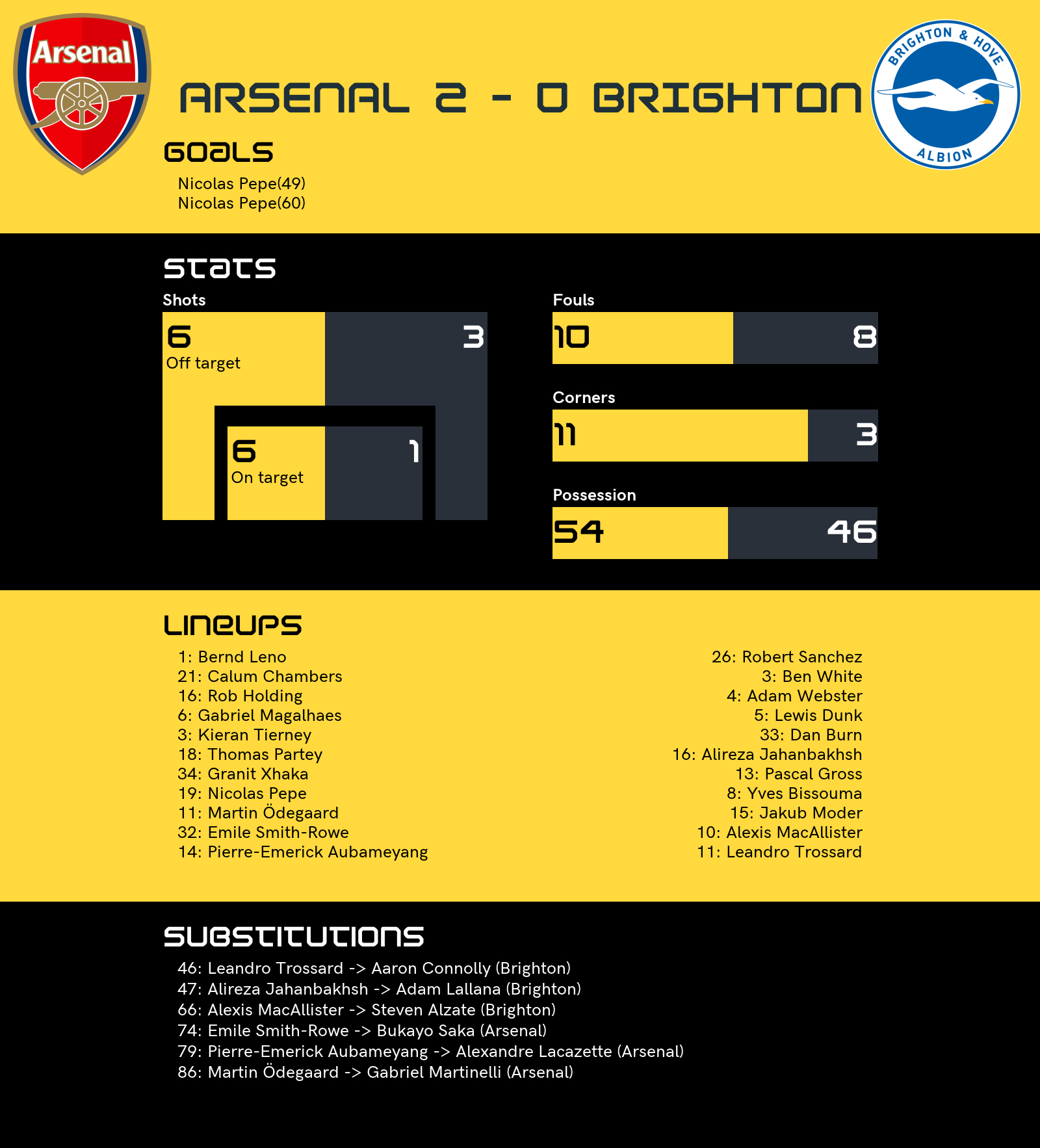