Napoli enjoyed a great game in the Serie A and their eighth game in a row without defeat came away to Fiorentina. The game finished 0-2 (0-0).

Fiorentina were left with a man down early on, when Bartlomiej Dragowski was set off in the -5th minute.

The first half finished 0-0 and it took until the 56th minute before Lorenzo Insigne scored a goal to give Napoli the lead.

0-2 came through an own-goal in the 67th minute, which was the final result.

With one game remaining, Fiorentina are in 13th place in the table and Napoli are in third.

Next up, Fiorentina face Crotone. Napoli take on Verona at home. Both games are played on Sunday. 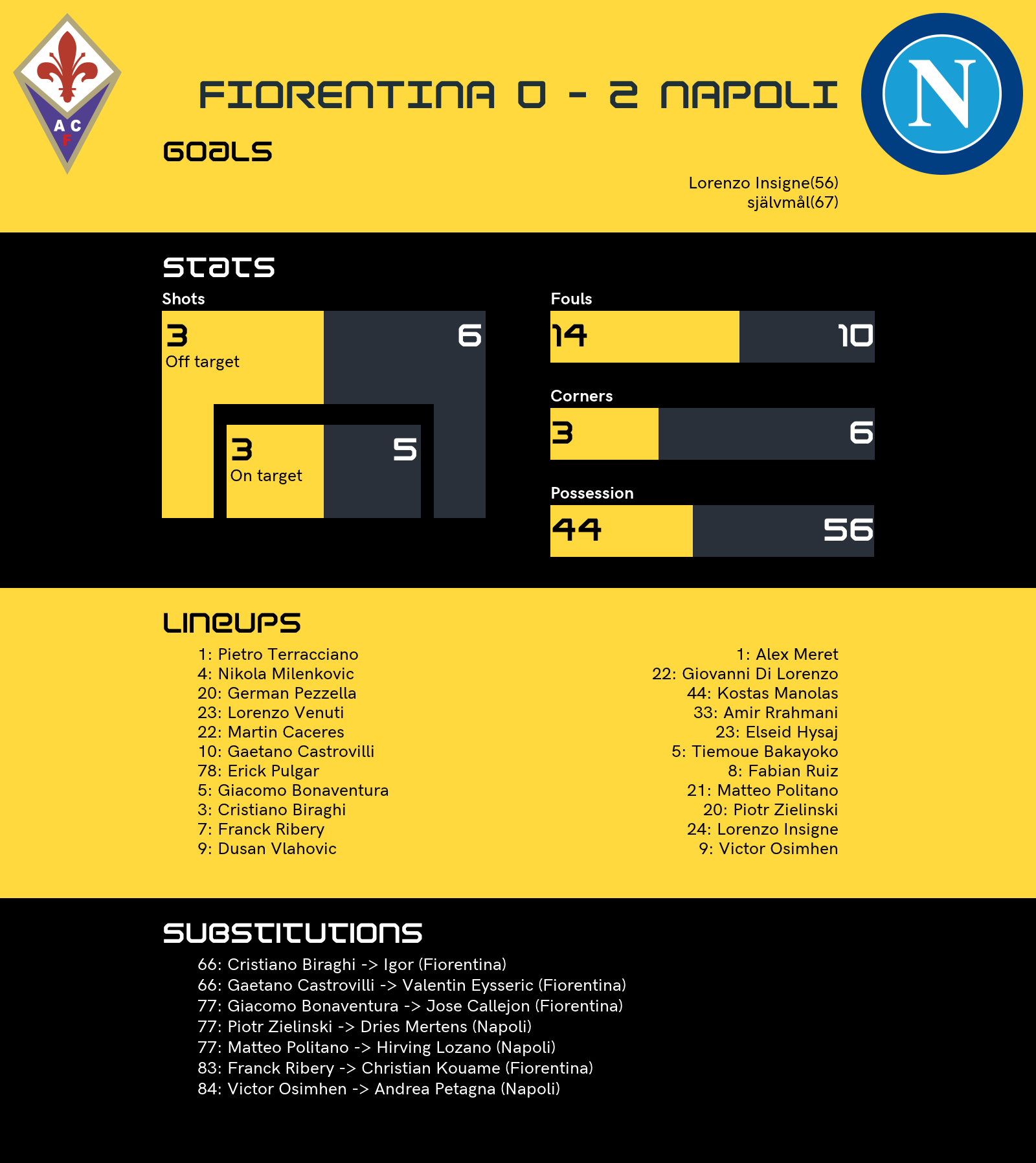