Milan won 2-0 (1-0) at home to Benevento in the Serie A. Theo Hernandez and Hakan Çalhanoğlu scored one goal each for Milan.

Milan took an early lead when Hakan Çalhanoğlu scored a goal after 6 minutes, with an assist by Alexis Saelemaekers, making it 0-1.

After that the game came to a long, indecisive standstill. With 30 minutes on the clock, Milan’s Theo Hernandez scored a goal and increased their lead. The 2-0 goal was the last one of the game.

The game was the sixth in a row without a win for Benevento.

With four games remaining, Milan are in second place in the table and Benevento are in 18th.

Milan host Juventus in the next game at home on Sunday at 7:45 pm. The same day Benevento will host Cagliari at 2pm. 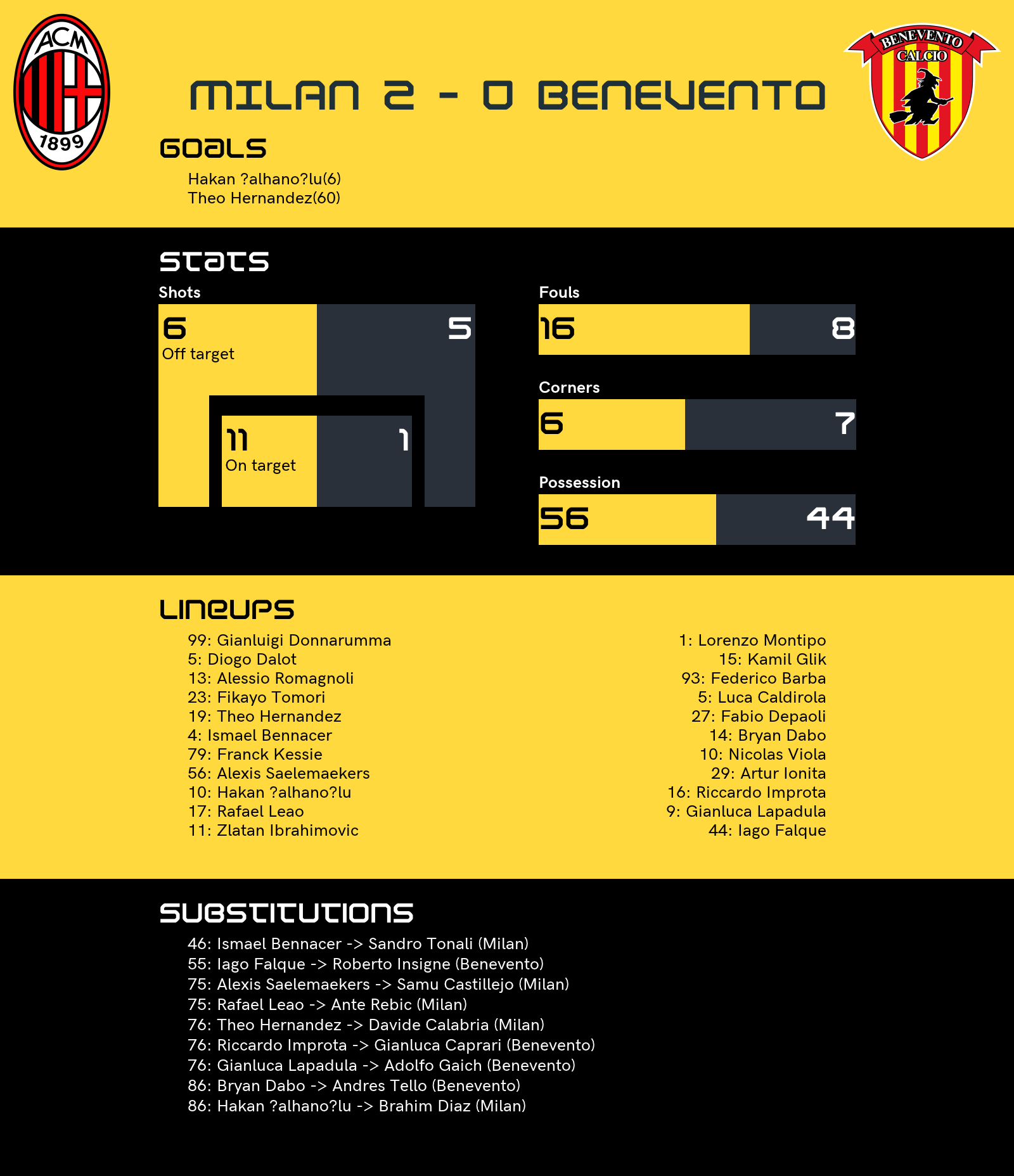