Milan beat Juventus away in the Serie A. Milan had a 1-0 lead already after the first half and ultimately won the game 3-0.

Milan took the lead in added-time in the first half when Brahim Diaz scored a goal.

Ante Rebic increased Milan’s lead, with an assist by Ismael Bennacer, in the 78th minute.

Milan found the net once more, this time through Fikayo Tomori, who scored a goal, with an assist by Hakan Çalhanoğlu, in the 82nd minute. The 3-0 goal was the last one of the game.

With three games remaining, Juventus are in fifth place in the table while Milan are in third. 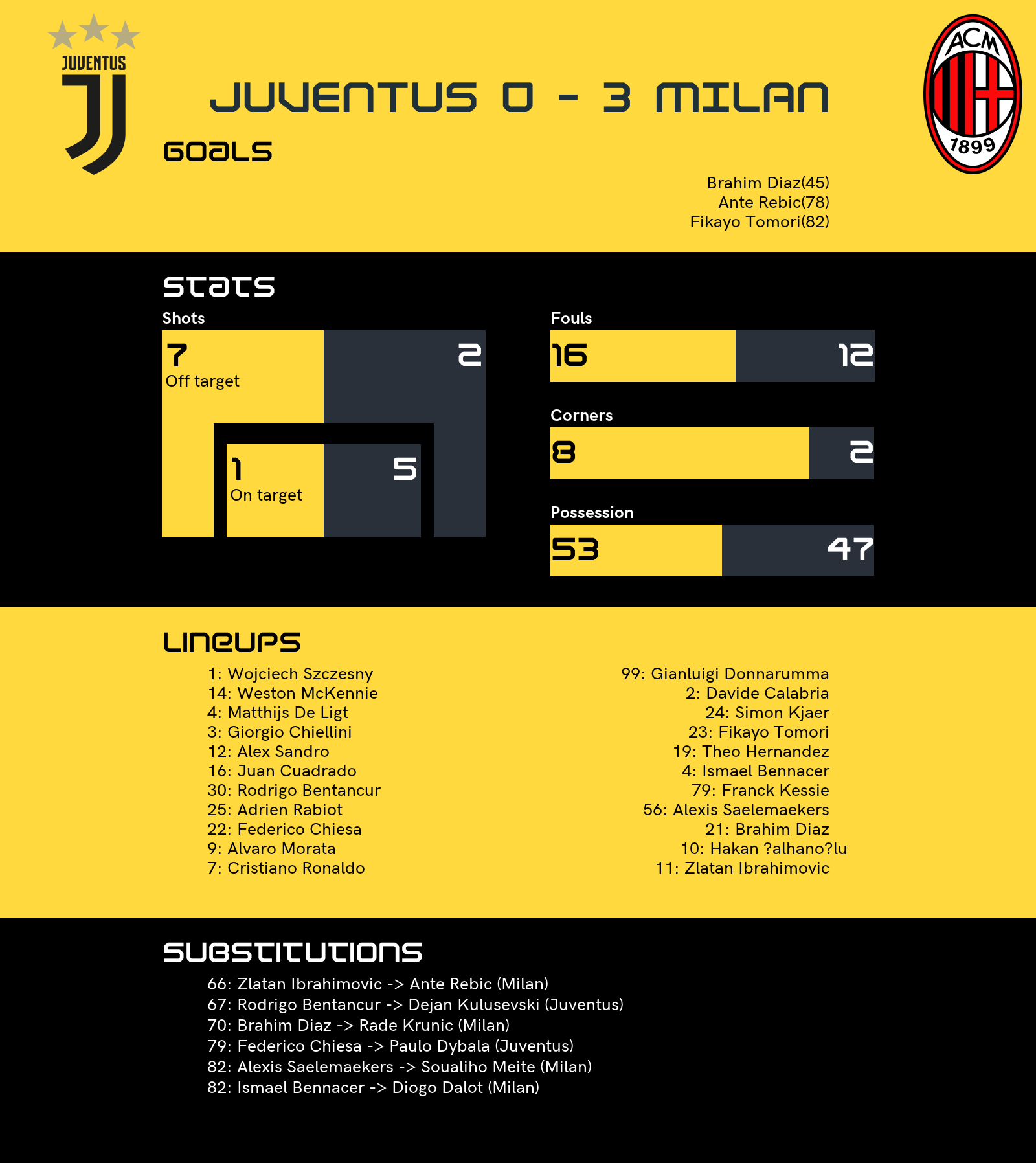