Middlesbrough’s players were treated to the taste of victory again as they beat Rotherham 2-1 (1-1) away. It was their first after five games in a row without a win in the Championship.

The hosting team Rotherham started best and were already 1-0 up early in the game. After only 3 minutes Angus MacDonald scored a goal from a pass from Joe Mattock.

Rotherham’s Matt Crooks was sent off in the 18th minute.

Middlesbrough equalised to make it 1-1, as George Saville scored a goal, with an assist by Neeskens Kebano, in the 33rd minute.

Middlesbrough also made it 2-1 in the 55th minute, when Chuba Akpom found the net scored a goal, with an assist by Paddy McNair. Akpom then completed the team’s come back, what brought the final score to 1-2.

This means Middlesbrough are in 10th place and that Rotherham are in 22nd place.

Rotherham are set to face Barnsley at Oakwell, while Middlesboro face Sheff Wed. Both games are scheduled for Saturday. 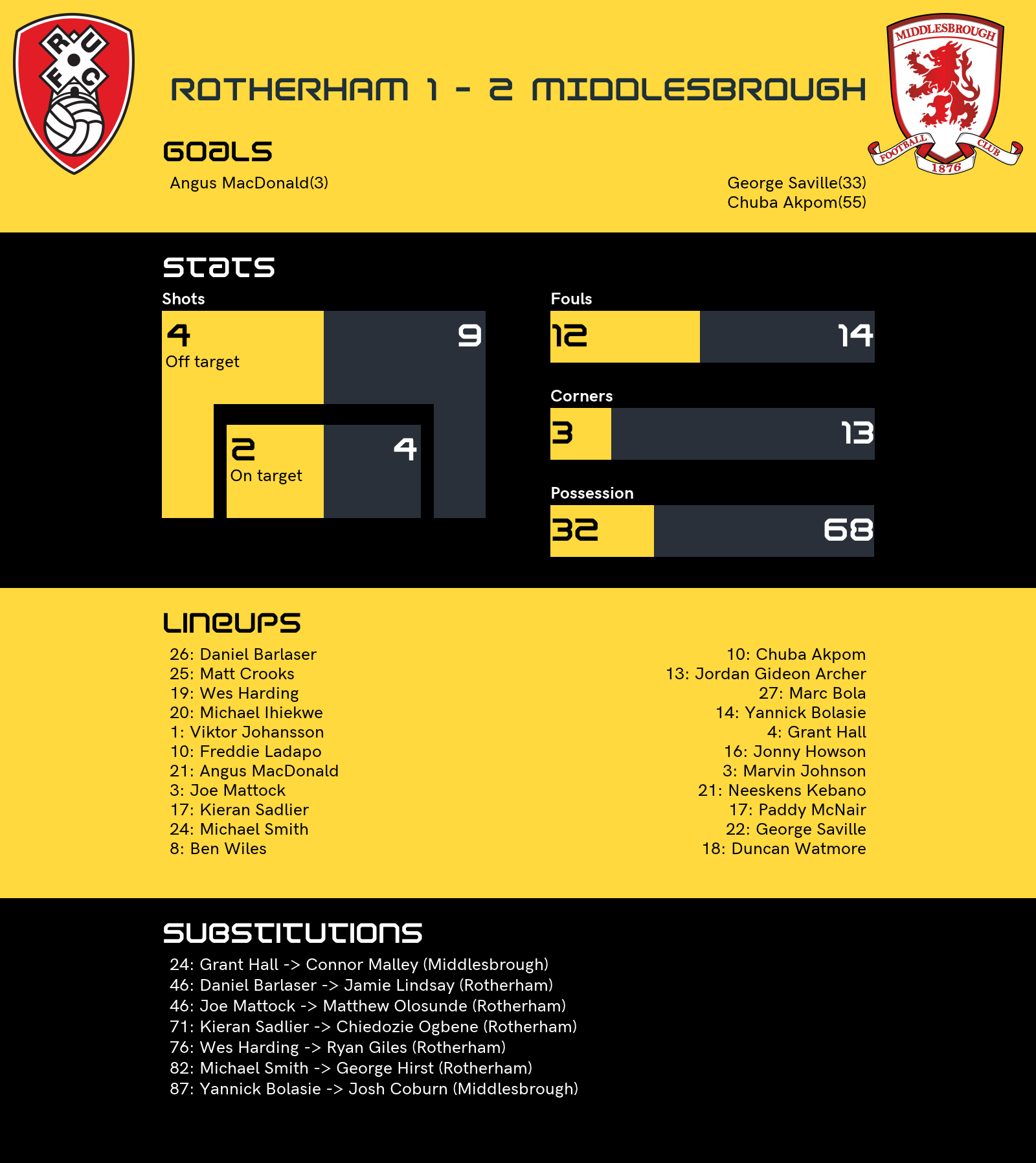