Barcelona had a 2-0 lead in the first half of the game away to Levante in the La Liga. But in the second and the third period, Levante found their way back into the game and managed to make it all square. The game finished 3-3.

Barcelona started the match best and took the lead when Lionel Messi scored a goal after 25 minutes, making it 1-0. The goal was his 29th on target in the league this season.

The team increased their lead to 0-2, as Pedri scored a goal, with an assist by Ousmane Dembele, in the 34th minute.

With more than 30 minutes on the clock, Levante’s Gonzalo Melero scored a goal, from a pass from Jorge Miramon, and plugged one back for Levante.

With more than 30 minutes on the clock, Levante’s Jose Luis Morales scored a goal, with an assist by Roger Marti, and equalised, what was Luis Morales’ 14th goal of the season.

Just five minutes later, with an assist by Antoine Griezmann, it was Ousmane Dembele who scored a goal, thus ensuring that Barcelona took the lead. It was his sixth goal for the season. The 0-1 goal was the only one of the game.

Seven minutes left to play, Levante’s Sergio Leon equalised as he scored a goal, with an assist by Tono. The 3-3 goal was the last goal of the game.

It was Levante’s sixth game in a row without a win.

With two games remaining, Levante are in 13th place in the table while Barcelona are in second.

Levante are set to face Getafe at Coliseum Alfonso Pérez, while Barca face Celta. Both games are scheduled for Sunday. 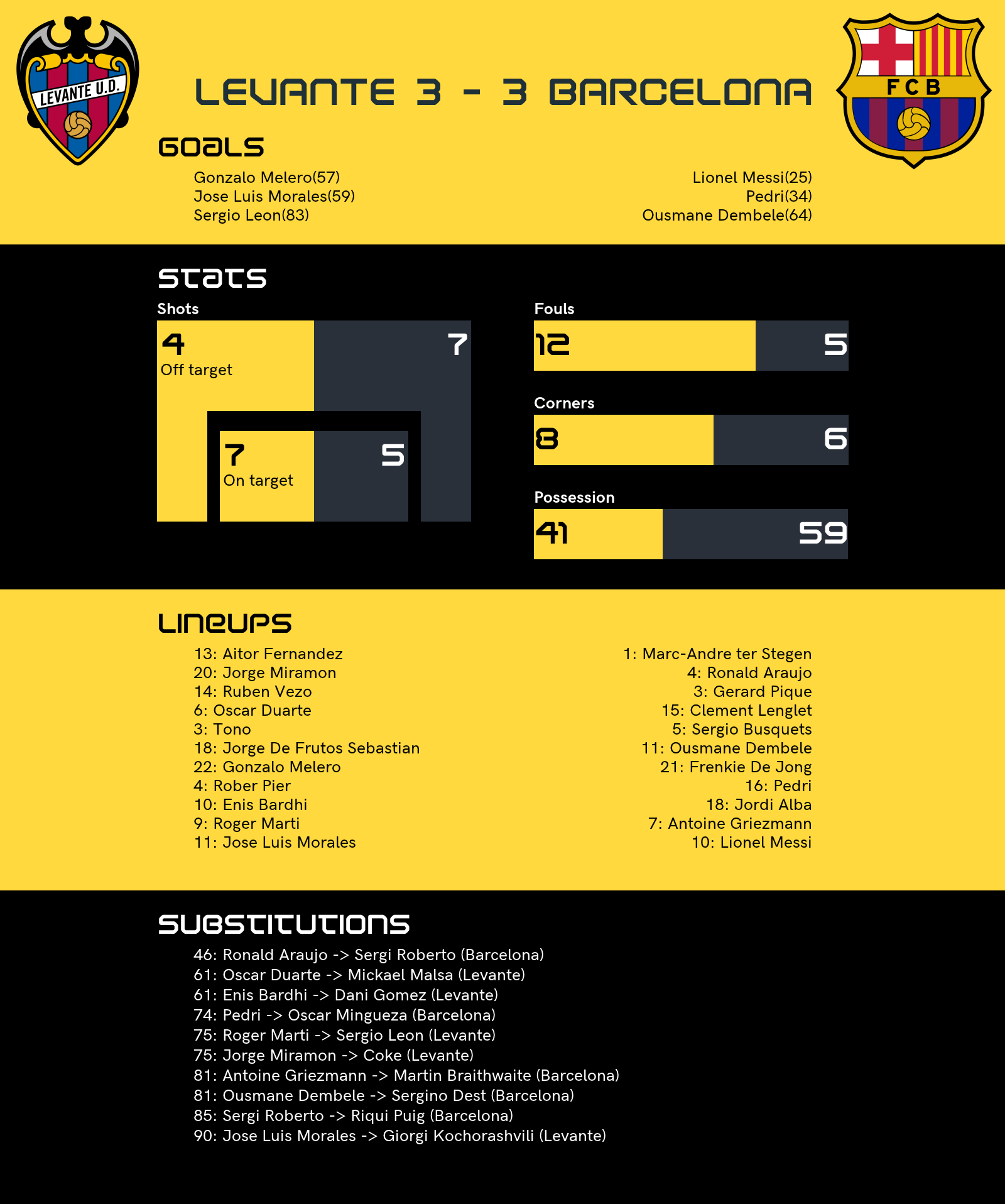