Leeds beat Tottenham at home in the Premier League. Leeds had a 2-1 lead already by half time and ultimately won the game 3-1.

Leeds started the match well and took the lead when Stuart Dallas scored a goal after 13 minutes, making it 0-1. He has now scored eight Premier League goals this season.

Tottenham equalised to make it 1-1, when Heung Min Son scored a goal, with an assist by Dele Alli, in the 25th minute. It was Min Son’s 17th goal for the season.

Leeds took the lead just before the half-time whistle as Patrick Bamford scored a goal, with an assist by Ezgjan Alioski.

With six minutes left to play, Leeds’s Rodrigo Moreno increased the lead as he scored a goal, with an assist by Raphinha, what brought the final score to 3-1.

With three games remaining, Leeds are in ninth place in the table while Tottenham are in seventh.

In the next round, Leeds take on Burnley away at Turf Moor on Saturday. Tottenham play at home to Wolverhampton on Sunday. 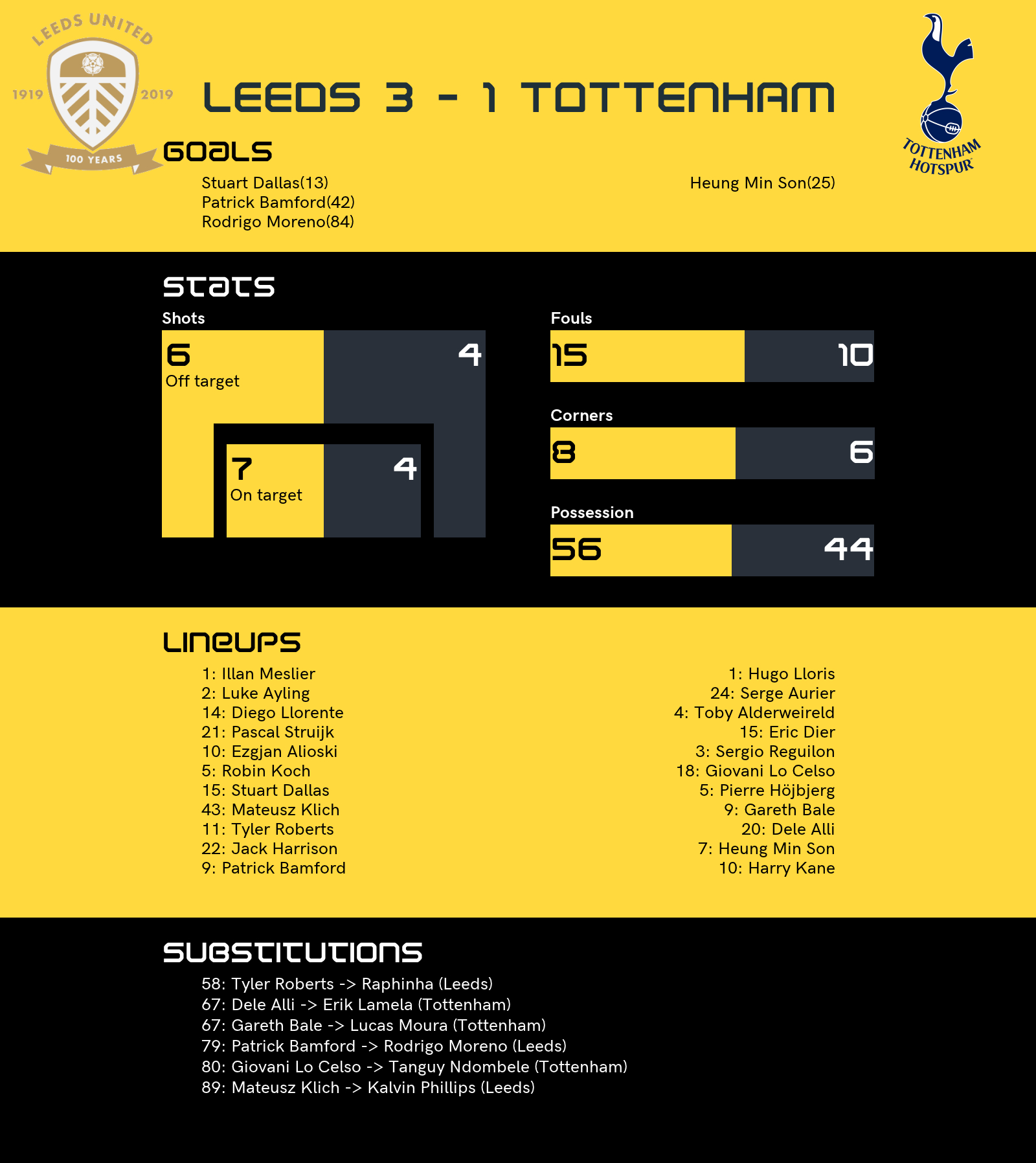