West Ham took an early hold of the away game against Burnley in the Premier League. The team won 2-1 with the goal coming in the first half.

Burnley started the match well and took the lead early when Chris Wood scored a goal in the 19th minute, making it 0-1. The goal was his 11th on target in the league this season.

West Ham equalised to make it 1-1, as Michail Antonio scored a goal, with an assist by Vladimir Coufal, in the 21st minute.

The team took the lead after almost half an hour’s play as Michail Antonio scored yet again. This time he scored a goal, with an assist by Said Benrahma. It was his ninth goal. Antonio then completed West Ham’s come back. The teams were unable to score in the second half and the match ended with a 2-1 win for West Ham.

With four games remaining, Burnley are in 16th place in the table and West Ham are in fifth.

Burnley play Fulham away on Monday. West Ham will face Everton at home on Sunday. 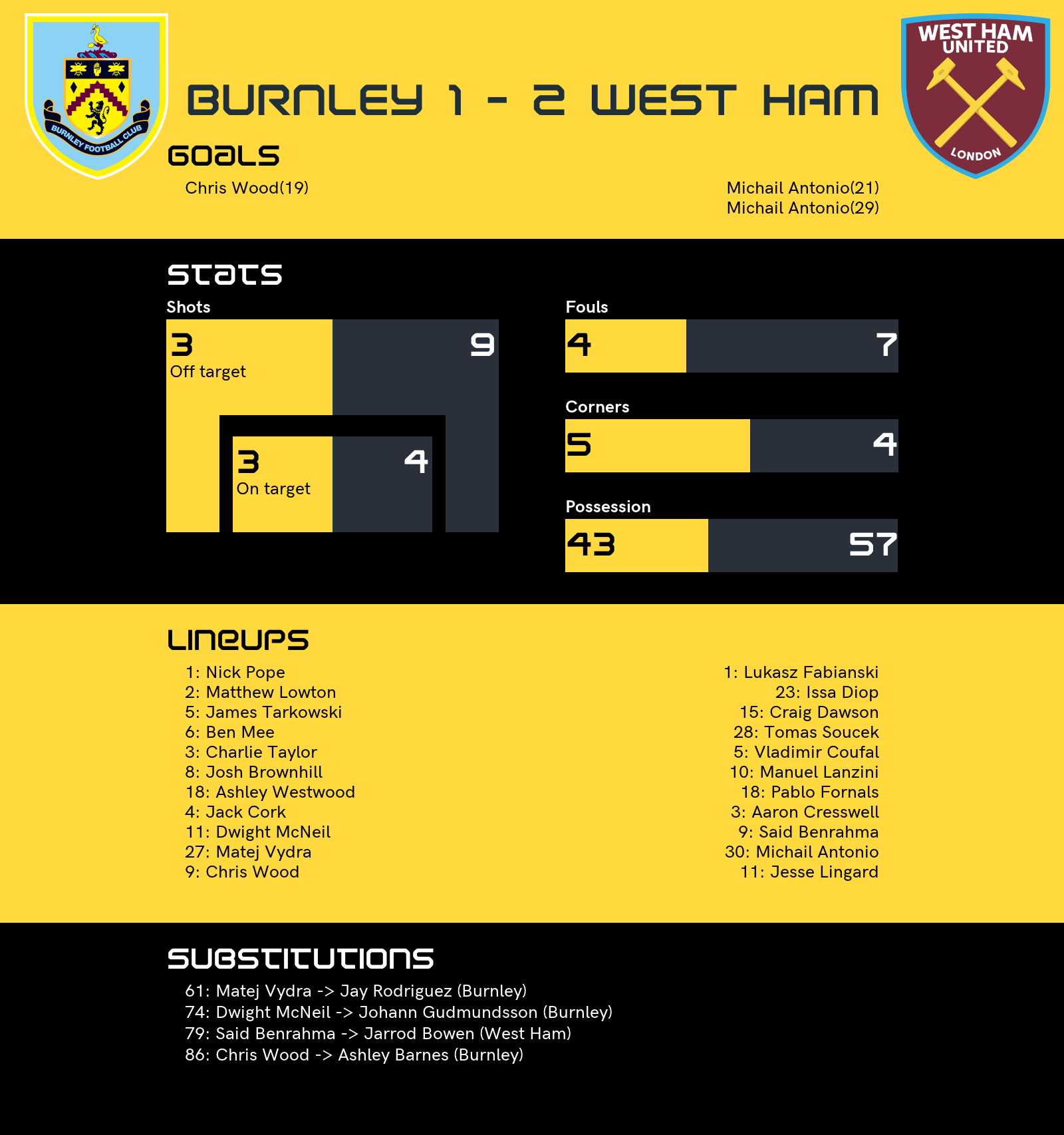