Benevento failed to win at home against Cagliari. The game finished 1-3 (1-1) and that was Beneventos seventh consecutive game without a win in the Serie A.

The visiting team Cagliari started best and were already 0-1 up already from the kickoff. After only one minute Babis Lykogiannis scored a goal from a pass from Razvan Marin.

Benevento equalised to make it 1-1, when Gianluca Lapadula scored a goal, with an assist by Gianluca Caprari, in the 16th minute.

After that the game came to a long, indecisive standstill. With barely 30 minutes on the clock, Cagliari’s Leonardo Pavoletti scored a goal, from a pass from Nahitan Nandez, and gave Cagliari the lead.

The 1-3 goal came in the 90th minute, when Joao Pedro scored a goal for Cagliari, with an assist by Nahitan Nandez. This brought the final score to 3-1.

With three games remaining, Benevento are in 18th place in the table while Cagliari are in 16th.

On Wednesday, Benevento will play Atalanta at 7:45 pm and Cagliari will play Fiorentina at 5:30 pm. 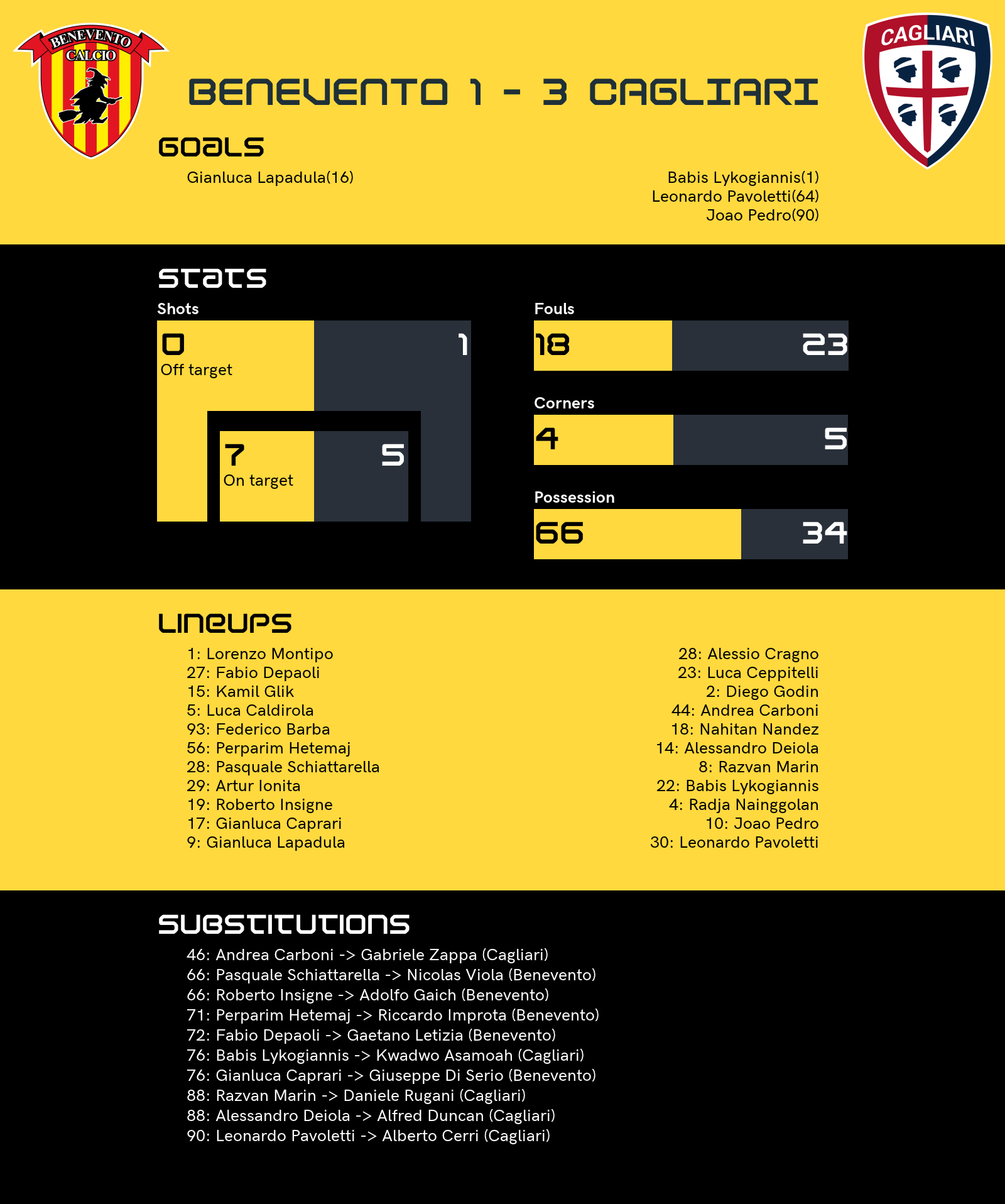