Valencia’s players were treated to the taste of victory again as they beat Valladolid 3-0 (1-0) at home. It was their first after six games in a row without a win in the La Liga.

Valencia took the lead in added-time in the first half when Maxi Gomez scored a goal.

Straight after the break, Maxi Gomez found the net and increased the team’s lead. The goal was his seventh on target in the league this season.

Valencia found the net once more, this time through Thierry Correia, who scored a goal in the 89th minute, what brought the final score to 3-0.

The game was the ninth in a row without a win for Valladolid.

Valencia have 1 win, 2 draws and 2 losses with a 9–9 goal difference in the last 5 games, while Valladolid have 4 draws 1 loss and a 5–8 goal difference.

With three games remaining, Valencia are in 13th place in the table while Valladolid are in 17th.

In the next round, Valencia take on Sevilla away at Ramón Sánchez Pizjuán on Wednesday. Valladolid play at home to Villarreal on Thursday. 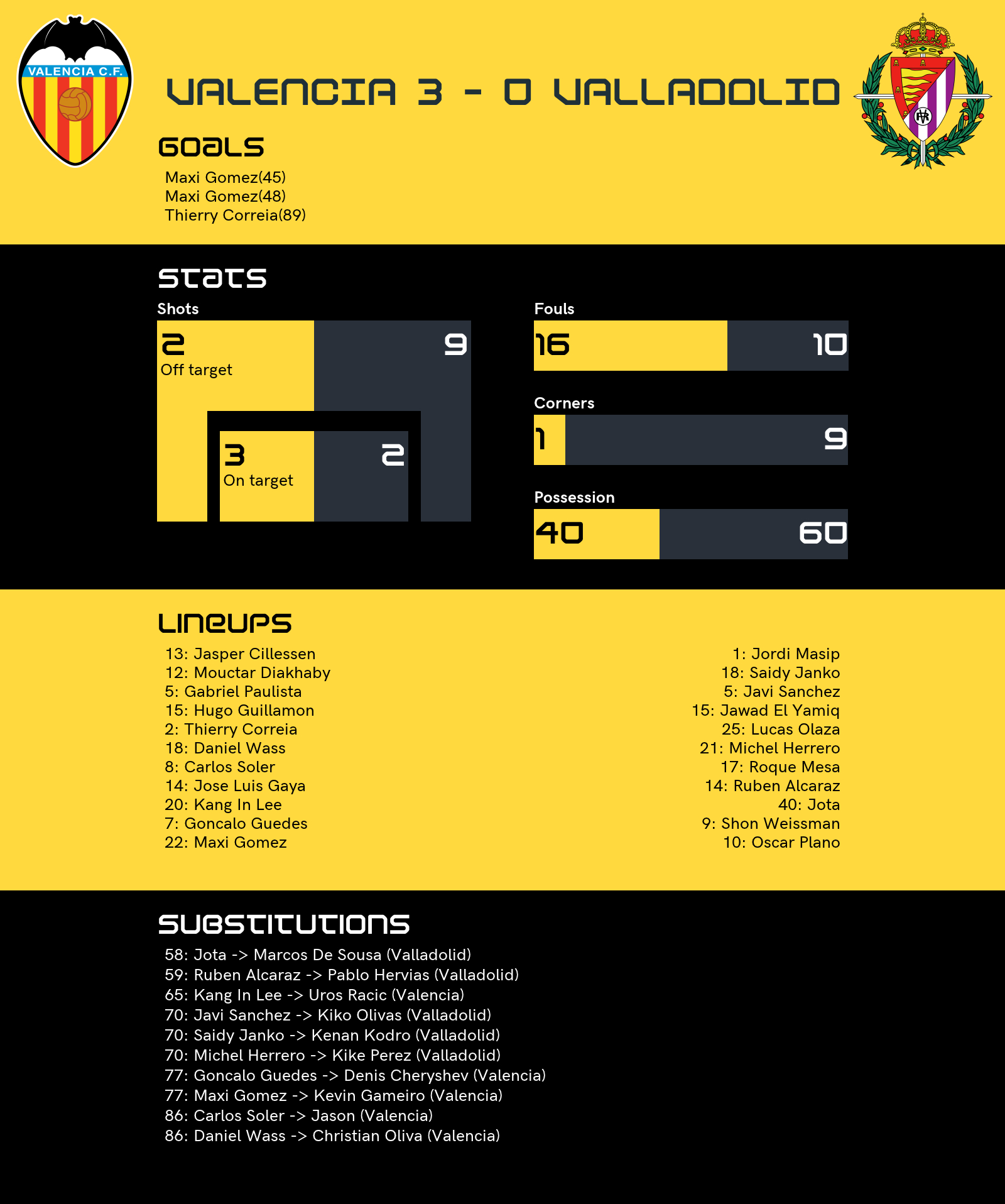