Juventus defeated Parma in Parma in the Serie A on Wednesday 1-3 (1-1).

The visitors Parma started the match well and took the lead when Gaston Brugman scored a goal after 25 minutes, making it 1-0.

Juventus equalised 1-1 just before the half-time whistle as Alex Sandro scored a goal, with an assist by Matthijs De Ligt.

Straight after the break, Alex Sandro scored and gave the team the lead.

In the 68th minute, Matthijs De Ligt scored a goal, from a pass from Juan Cuadrado, to increase the lead for Juventus. De Ligt then completed the team’s come back. The 3-1 goal was the last goal of the game.

It was Parma’s fifth game in a row without a win.

Juventus are now in third place, while Parma are in 19th place.

Next time Juventus will play against Fiorentina on Sunday. Parma take on Crotone at home on Saturday. 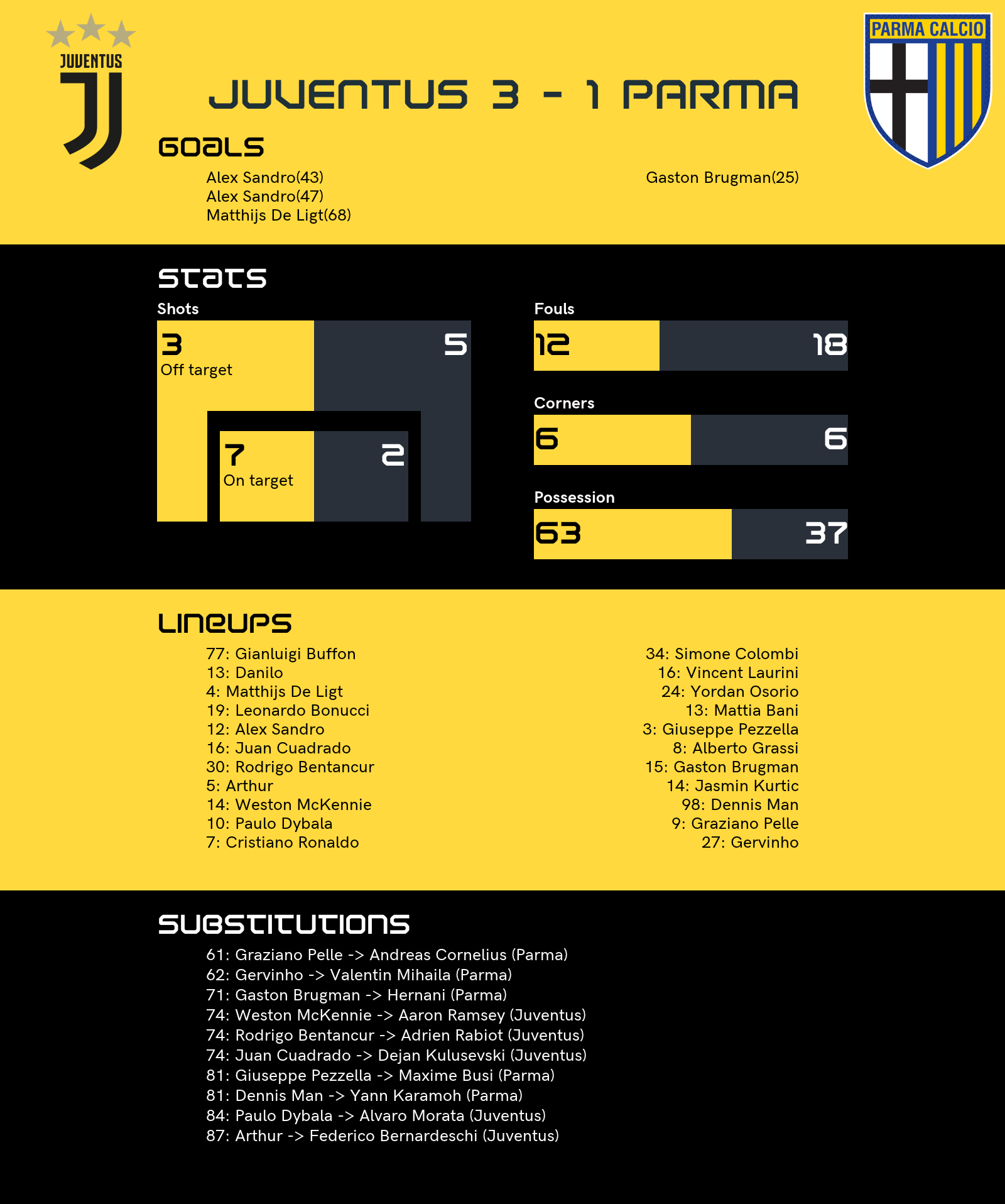