The home side Manchester City were in control, leading 1-0 in the Premier League game. But Chelsea turned the game around and won 2-1.

Away team Manchester City took the lead just before half time when Raheem Sterling scored a goal, with an assist by Sergio Agüero. The goal was his 10th on target in the league this season.

With barely 30 minutes on the clock, Chelsea’s Hakim Ziyech scored a goal, with an assist by Cesar Azpilicueta, and equalised.

The deciding goal came in the 90th minute, when Marcos Alonso scored a 1-2 for Chelsea, with an assist by Timo Werner. Alonso then completed the team’s come back.

With three games remaining, Manchester City are still at the top of the table, 13 points clear of Manchester U while Chelsea are in third.

In the next round, Man City take on Newcastle away at St James’ Park on Friday. Chelsea play at home to Arsenal on Wednesday. 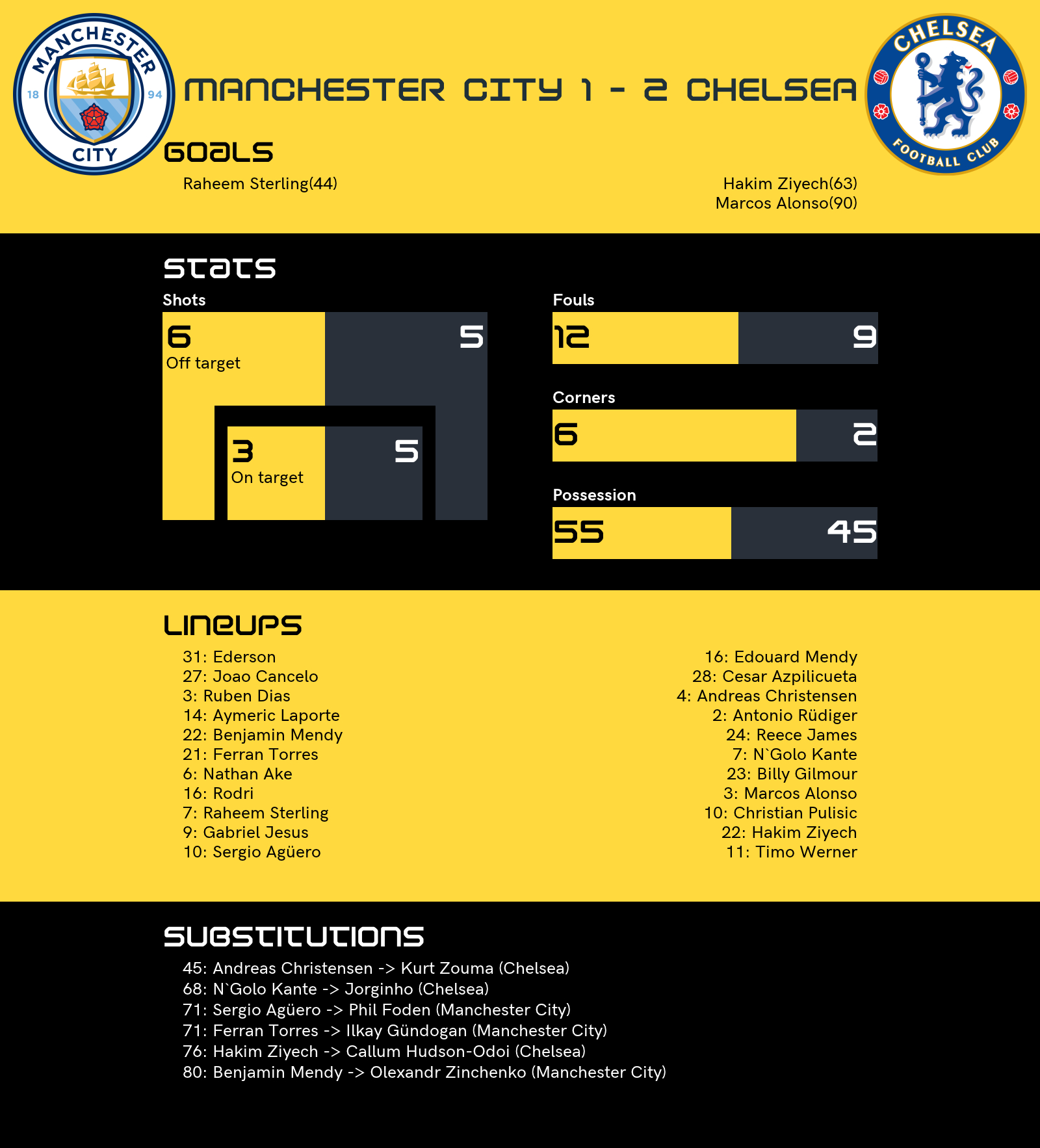