Manchester United had an impressive run of 14 games without defeat to defend in Tuesday’s game against Leicester at Old Trafford in the Premier League. But it was not to be. The away side Leicester won the match 2-1 (1-1).

Leicester started the match best and took the lead when Luke Thomas scored a goal after 10 minutes, with an assist by Youri Tielemans, making it 1-0.

Manchester United equalised to 1-1 early in the match when Mason Greenwood made his mark as he scored a goal, with an assist by Amad Traore, in the 15th minute. He has now scored seven Premier League goals this season.

After that the game came to a long, indecisive standstill. In the 66th minute, Caglar Soyuncu scored a goal, with an assist by Marc Albrighton, to give Leicester the lead, what brought the final score to 2-1.

Leicester are in third place after the game, while Manchester United are in second.

Next time Man United will play against Liverpool on Thursday at Old Trafford. Leicester take on Chelsea away on Tuesday. 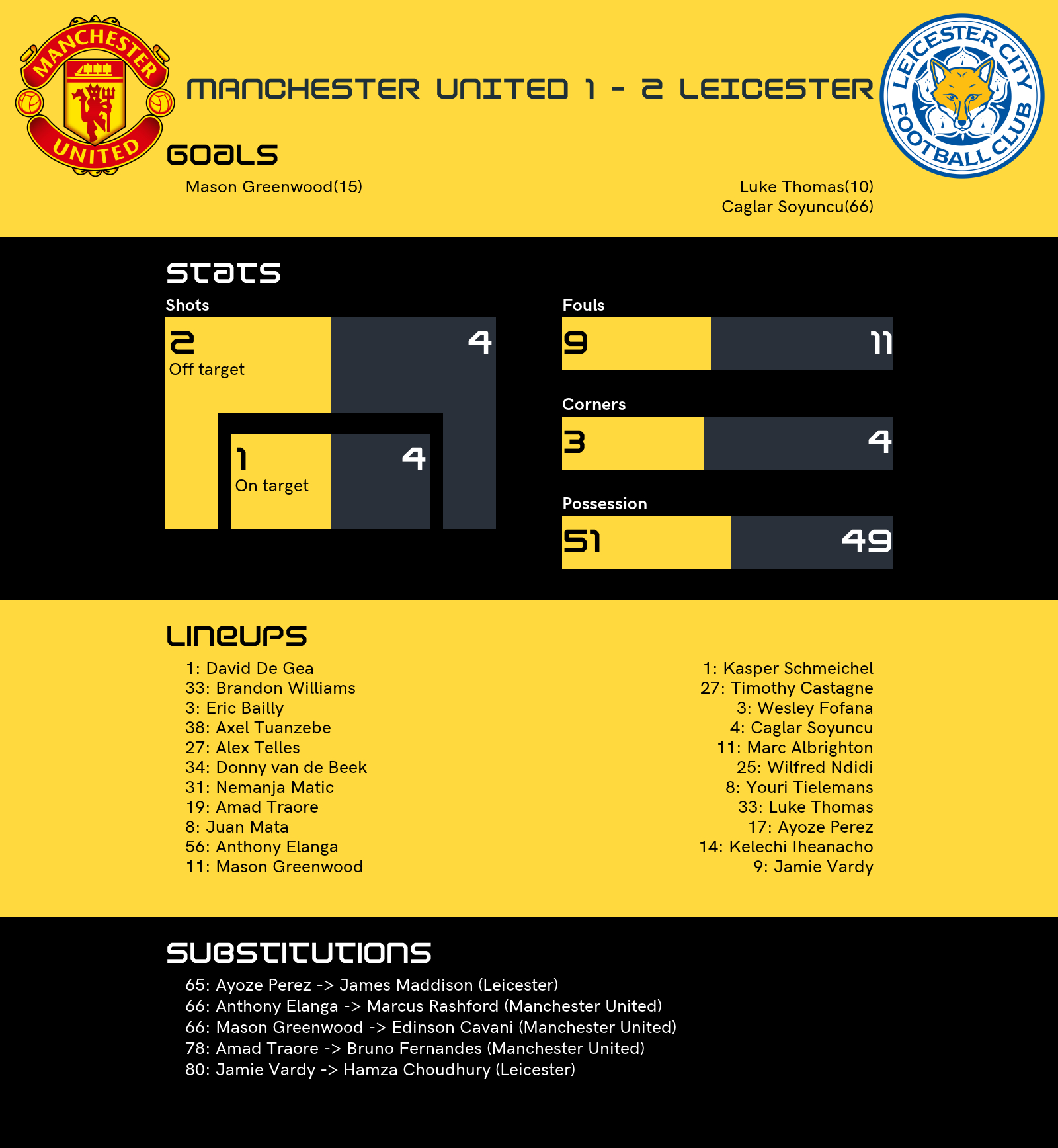