The first half of Tuesday’s game in the Premier League was a goalless affair but the third period saw the home side Chelsea get their things in order. And in the end, they beat Leicester 2-1.

The first half was goalless, but straight after half-time, Antonio Rüdiger made his mark as he scored a goal to give Chelsea the lead.

In the 66th minute, Jorginho scored a goal, to increase the lead for Chelsea, what became his seventh goal of the season.

Kelechi Iheanacho reduced the score for Leicester, with an assist by Wilfred Ndidi, in the 76th minute. The goal was his 12th on target in the league this season. However, Leicester were unable to make more of an impression. The 2-1 goal was the last goal of the game.

Chelsea have 4 wins and and 1 loss with a 7–3 goal difference in the last 5 games, while Leicester have 2 wins, 1 draw and 2 losses and a 8–9 goal difference.

With one game remaining, Chelsea are in third place in the table while Leicester are in fourth. 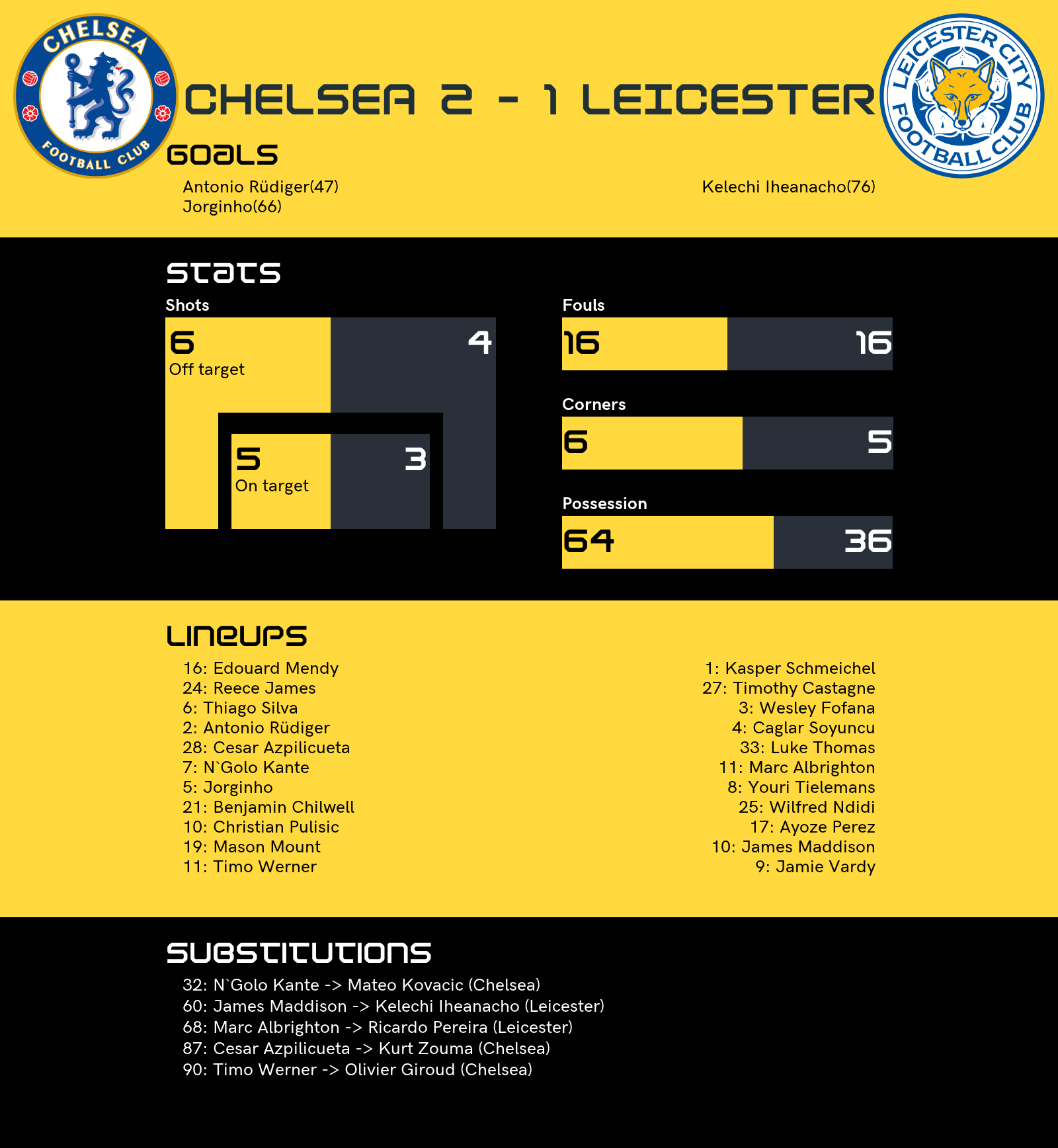