Valladolid were left with a man down early on, when Roberto was set off in the -5th minute.

Real Sociedad took an early lead when Alexander Isak scored a goal in the 6th minute, making it 0-1.

The team increased their lead to 2-0, as Alexander Isak scored one more time. This occasion he scored a goal, in the 16th minute. The goal was his 16th on target in the league this season.

Real Sociedad increased the lead to 3-0 after almost half an hour’s play as David Silva scored a goal, with an assist by Adnan Januzaj.

The team also increased their lead to 4-0, when Adnan Januzaj scored a goal, in the 35th minute.

Eight minutes left to play, Valladolid’s Marcos De Sousa reduced as he scored a goal. However, Valladolid were unable to make more of an impression, what brought the final score to 4-1.

The game was the 11th in a row without a win for Valladolid.

Real Sociedad have 3 wins and and 2 losses with a 8–4 goal difference in the last 5 games, while Valladolid have 2 draws 3 losses and a 4–12 goal difference.

With one game remaining, Real Sociedad are in fifth place in the table and Valladolid are in 19th.

On Saturday, Sociedad face Osasuna at El Sadar and Valladolid take on Atletico at home. 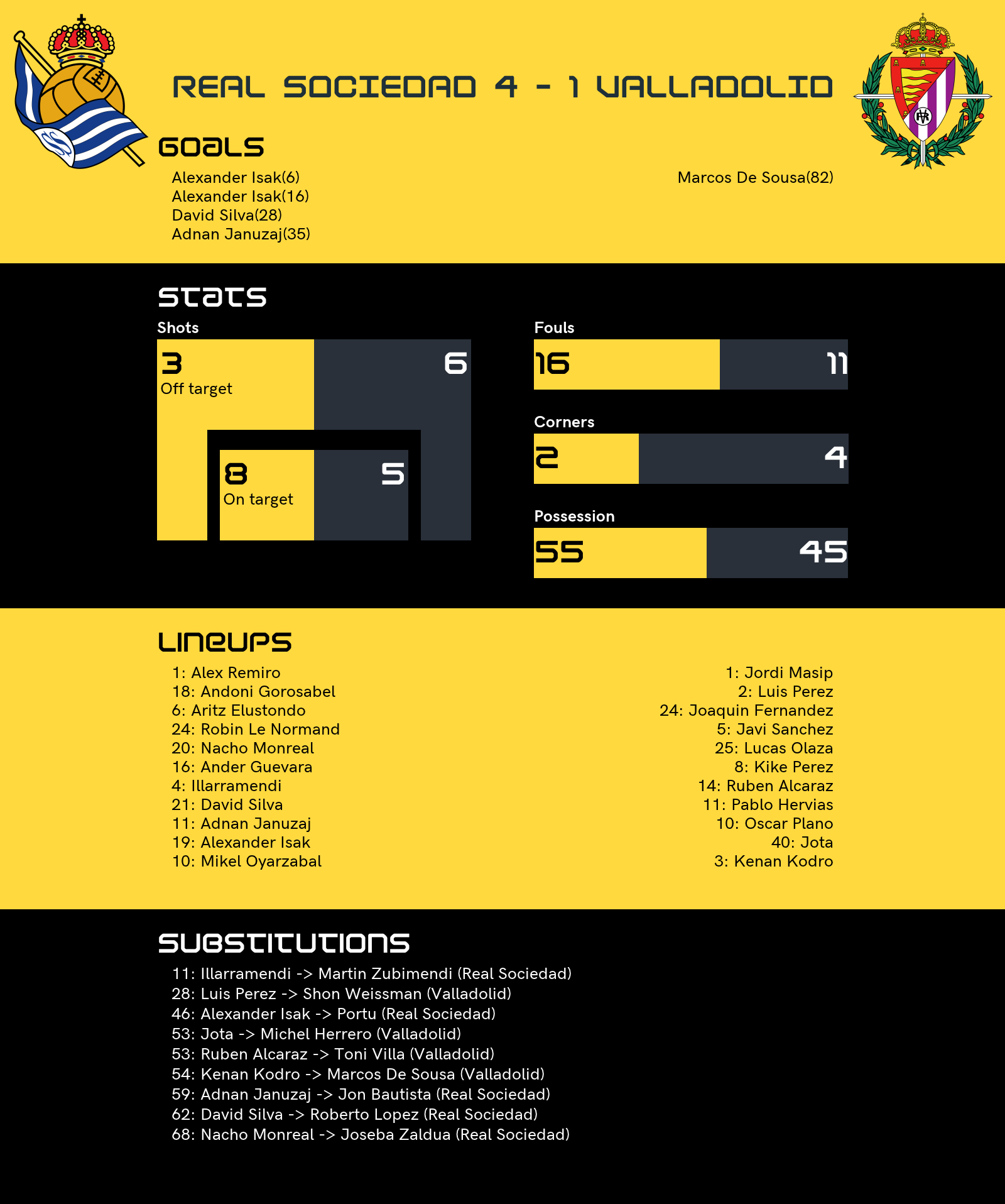