League leaders Inter continue to impress. With a 3-1 (2-1) win at home against Roma, Inter recorded yet another victory. This means the team has extended their lead in the Serie A and the gap to second placed Atalanta is now 13 points. Roma are in seventh place in the league.

Inter started the match best and took the lead when Marcelo Brozovic scored a goal after 11 minutes, with an assist by Matteo Darmian, making it 0-1.

The team also increased their lead to 2-0, when Matias Vecino scored a goal, with an assist by Romelu Lukaku, in the 20th minute.

Roma reduced the score to 2-1 after more than half an hour’s play as Henrich Mchitarjan scored a goal, with an assist by Edin Dzeko.

The 3-1 goal came in the 90th minute, when Romelu Lukaku scored a goal for Inter, with an assist by Achraf Hakimi, what brought the final score to 3-1.

Inter have now won four games in a row.

The result saw Inter’s 20th game in a row without defeat.

The teams play their next league games on Saturday. Inter will play Juventus at 5pm, while Roma take on Lazio at home at 7:45 pm. 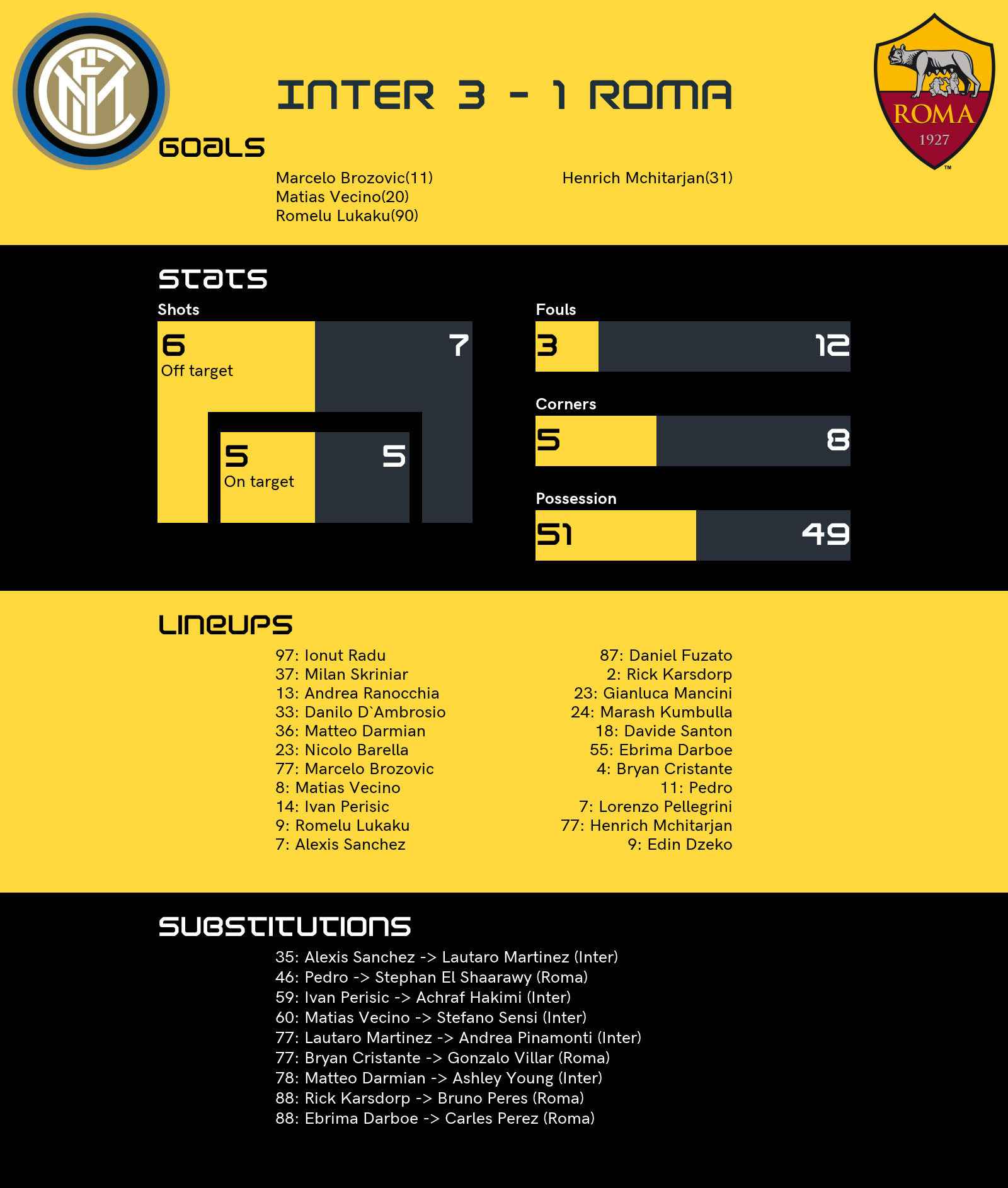