Huesca won 1-0 at home to Atlethic Bilbao in the La Liga. The only goal of the game came from Ramirez in the second half.

The first half finished 0-0 and it took until the 61st minute before Sandro Ramirez scored a goal, with an assist by Mikel Rico, to make it 1–0 for Huesca, which was how the game ended. The goal was his sixth on target in the league this season.

With two games remaining, Huesca are in 17th place in the table and Atlethic Bilbao are in ninth. 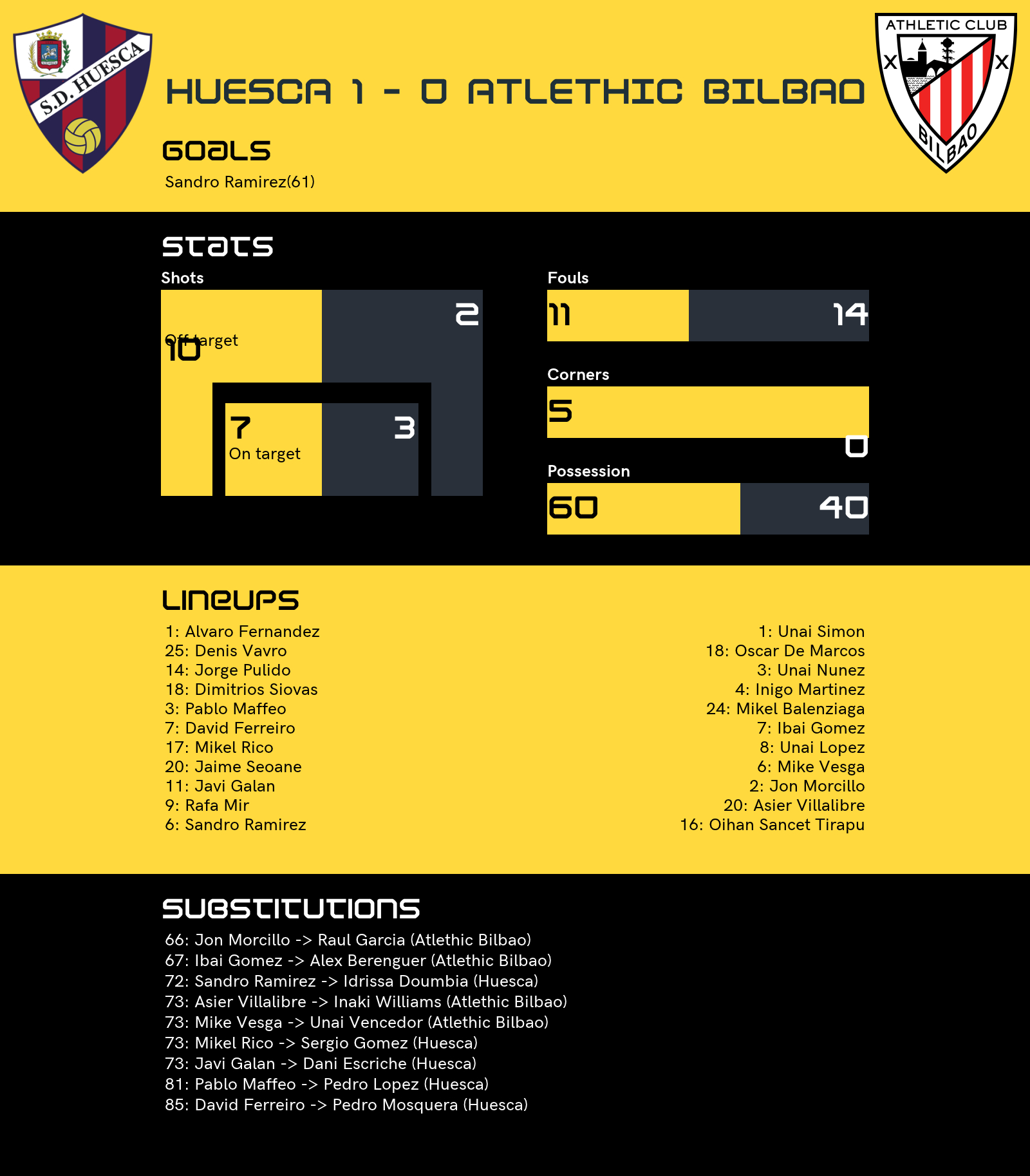