Genoa claimed a comfortable win away against Bologna in the Serie A. The match finished 0-2 (0-1) after goals from Gianluca Scamacca and Davide Zappacosta.

The visitors Genoa took an early lead when Davide Zappacosta scored a goal in the 13th minute, with an assist by Milan Badelj, making it 1-0.

After that the game came to a long, indecisive standstill without either team managing to score. With barely 30 minutes on the clock, Genoa’s Gianluca Scamacca scored a goal and increased their lead. The 2-0 goal was the last one of the game.

The result means the fifth game in a row without a win for Bologna.

With two games remaining, Bologna are in 11th place in the table and Genoa are in 14th.

Next time Bologna will play against Verona on Monday. Genoa take on Atalanta at home on Saturday. 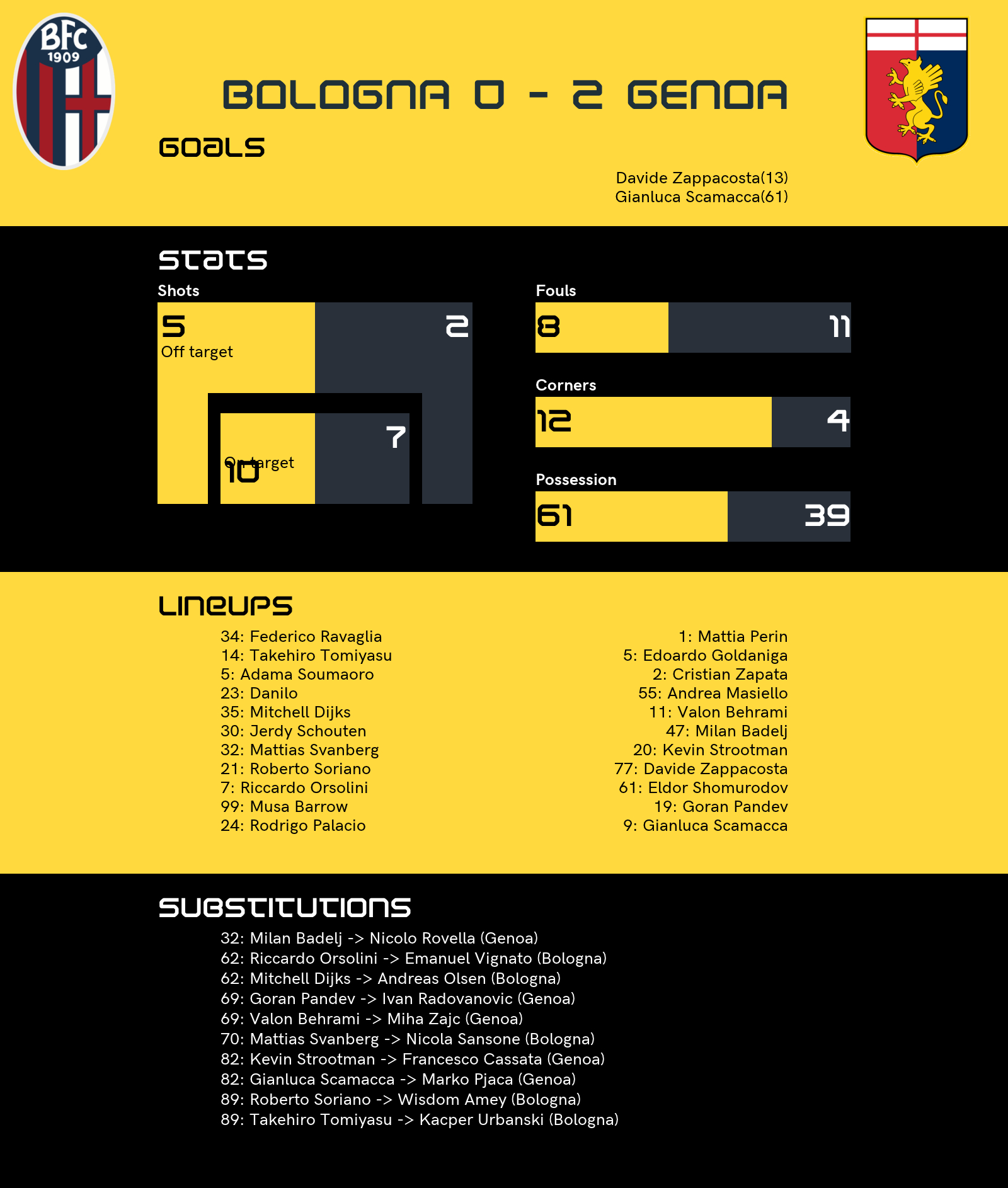