Dike scored the only goal of the game in the second half in Barnsley’s victory in the Championship, as they beat Huddersfield Town 1-0 (0-0) away.

The first half finished 0-0 and it took until the 66th minute before Daryl Dike scored a goal to make it 1–0 for Barnsley, a goal that decided the game.

With three games remaining, Huddersfield Town are in 20th place in the table while Barnsley are in sixth.

Huddersfield are set to face Blackburn at Ewood Park, while Barnsley face Rotherham. Both games are scheduled for Saturday. 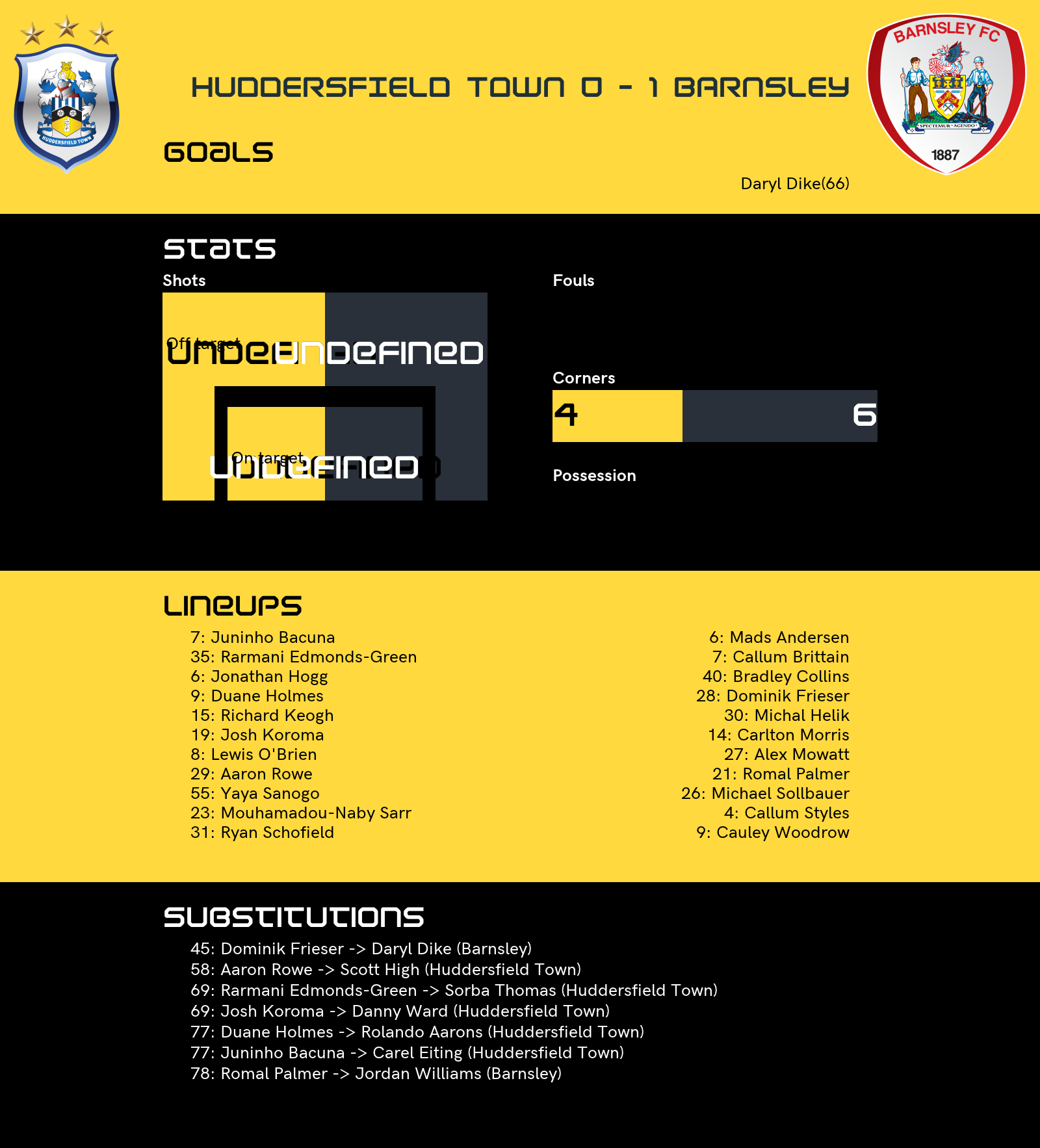