The game between Borussia Dortmund and Red Bull Leipzig at Signal Iduna Park on Saturday finished 3-2 (1-0). The result means Dortmund have five straight wins in the Bundesliga.

Borussia Dortmund started the match best and took the lead early when Marco Reus scored a goal after 7 minutes, with an assist by Thorgan Hazard, making it 0-1. The goal was his sixth on target in the league this season.

Straight after the break, Jadon Sancho found the net and increased the team’s lead.

Daniel Olmo equalised for Red Bull Leipzig, with an assist by Hee-chan Hwang, in the 77th minute.

The deciding goal came in the final minutes, when Jadon Sancho scored yet again. This time he scored a 3-2 for Borussia Dortmund, with an assist by Raphael Guerreiro. It was his eighth goal. The 3-2 goal was the last one of the game.

With two games remaining, Borussia Dortmund are in fourth place in the table and Red Bull Leipzig are in second.

On Sunday, Dortmund will play away to Mainz at 5pm, while Leipzig will face Wolfsburg at home at Red Bull Arena at 7:30 pm. 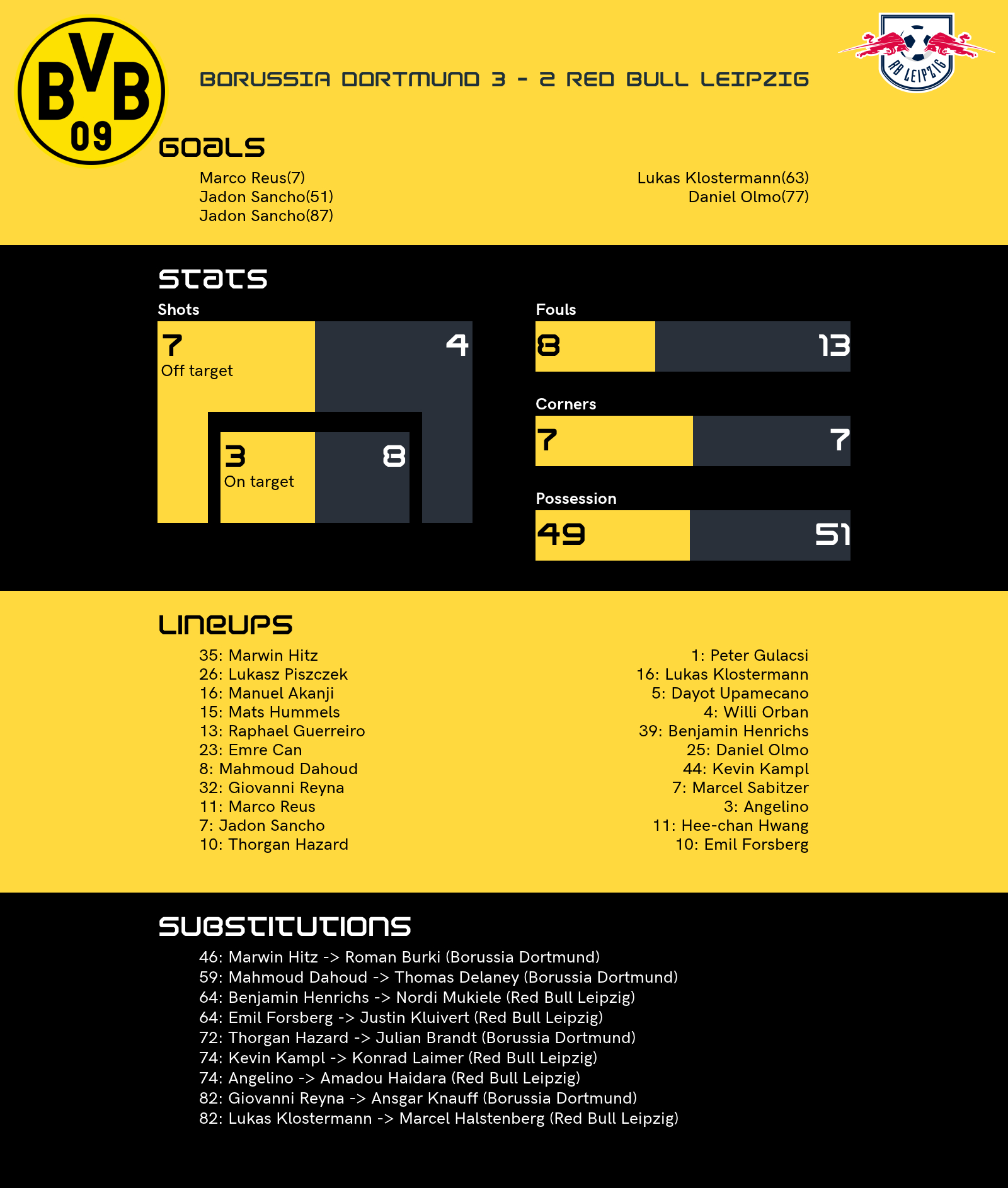