Napoli won 2-0 (2-0) away to Torino in the Serie A. Tiemoue Bakayoko and Victor Osimhen scored one goal each for Napoli.

Napoli took an early lead when Tiemoue Bakayoko scored a goal after 11 minutes, with an assist by Giovanni Di Lorenzo, making it 1-0.

The team increased the lead to 0-2 early in the match when Victor Osimhen made his mark as he scored a goal in the 13th minute. The second half was goalless and the match ended with a 2-0 win for Napoli.

Torino’s Rolando Mandagora was sent off in the 86th minute.

This means Napoli are in third place and that Torino are in 16th place.

Napoli will play against Cagliari on Sunday. Torino will face Parma on Monday. 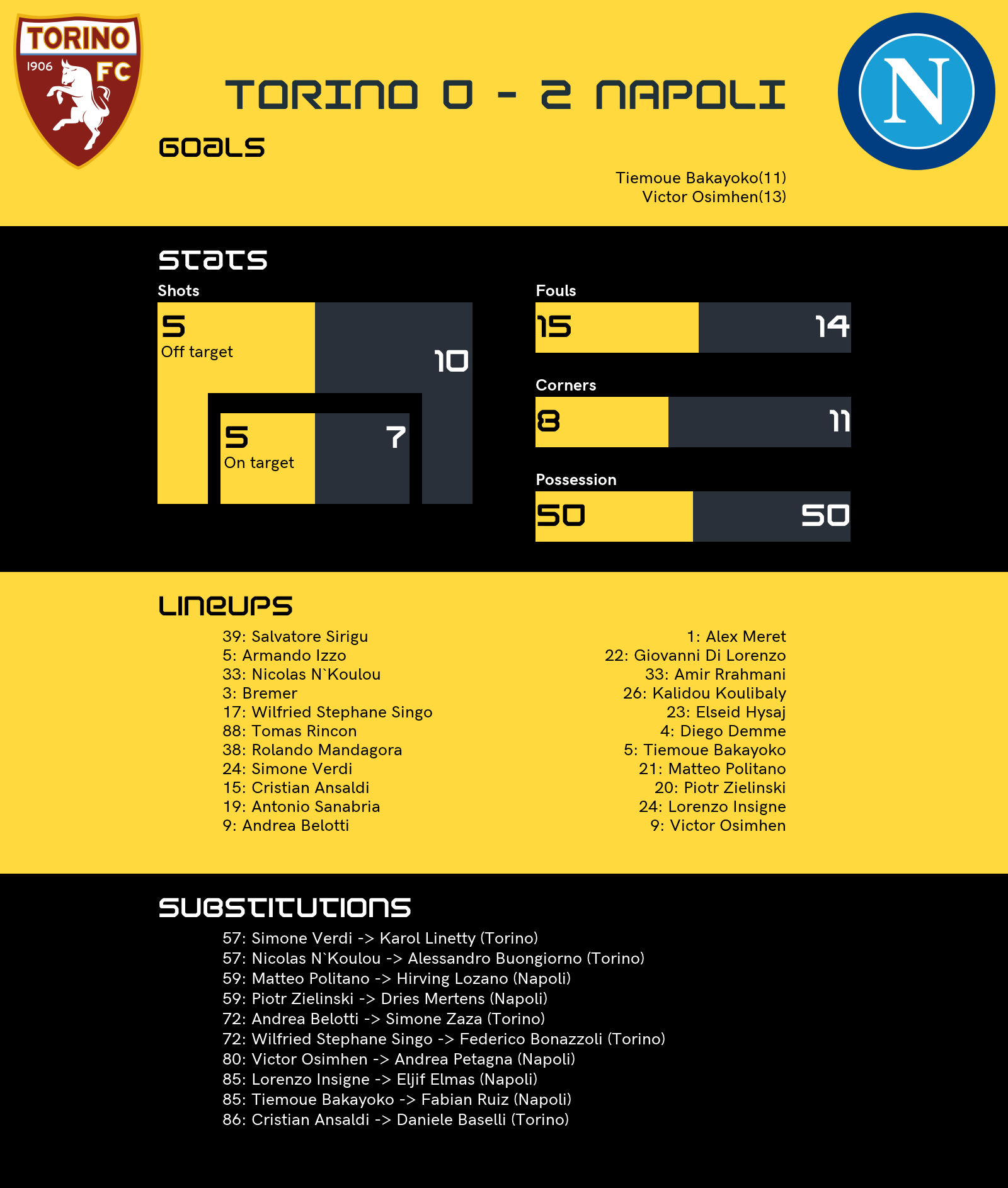