Arsenal claimed a comfortable win away against Newcastle in the Premier League. The match finished 0-2 (0-1) after goals from Pierre-Emerick Aubameyang and Mohamed Elneny.

Arsenal started the match well and took the lead early when Mohamed Elneny scored a goal after 6 minutes, with an assist by Pierre-Emerick Aubameyang, making it 1-0.

The next goal was long overdue. In the 66th minute, Pierre-Emerick Aubameyang scored a goal, with an assist by Gabriel Martinelli, to increase the lead for Arsenal, what became Aubameyang’s 11th goal of the season. This brought the final score to 2-0.

Newcastle’s Fabian Schär was sent off in the 90th minute.

With four games remaining, Newcastle are in 17th place in the table while Arsenal are in ninth.

Newcastle will host Leicester on Friday. Arsenal will face West Brom at Emirates Stadium on Sunday. 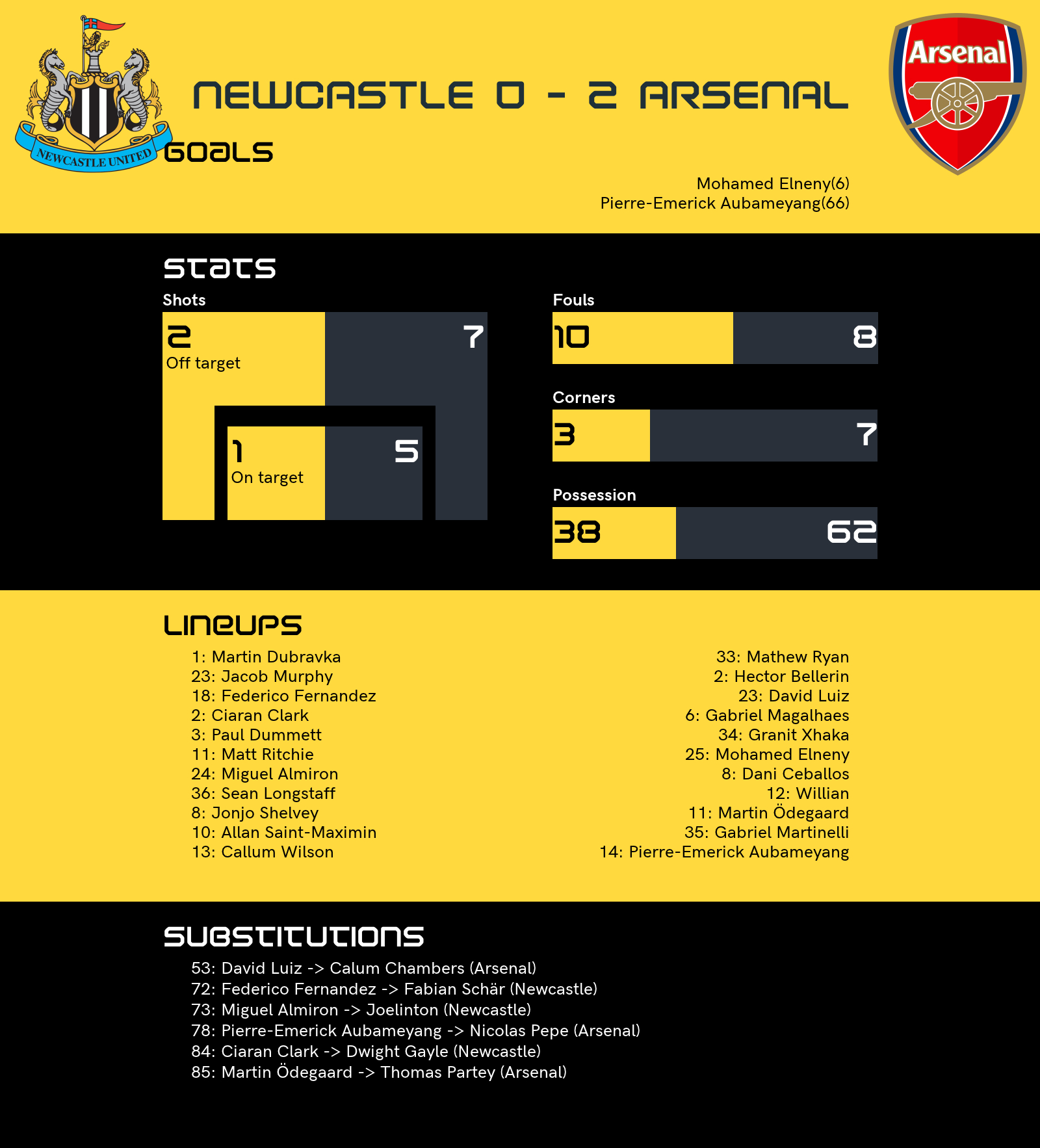