Preston North End have now kept four straight clean sheets in the Championship after their rock of a defence drew another line in the sand. The game at Deepdale between Preston North End and Barnsley finished 2-0 (1-0).

The match was goalless until Preston North End took the lead in the 38th minute through Jordan Storey, who scored a goal.

Straight after the break, Ched Evans made his mark and increased the team’s lead. This brought the final score to 2-0.

With one game remaining, Preston North End are in 13th place in the table and Barnsley are in sixth.

On Saturday, Preston face Nottingham at City Ground and Barnsley take on Norwich at home. 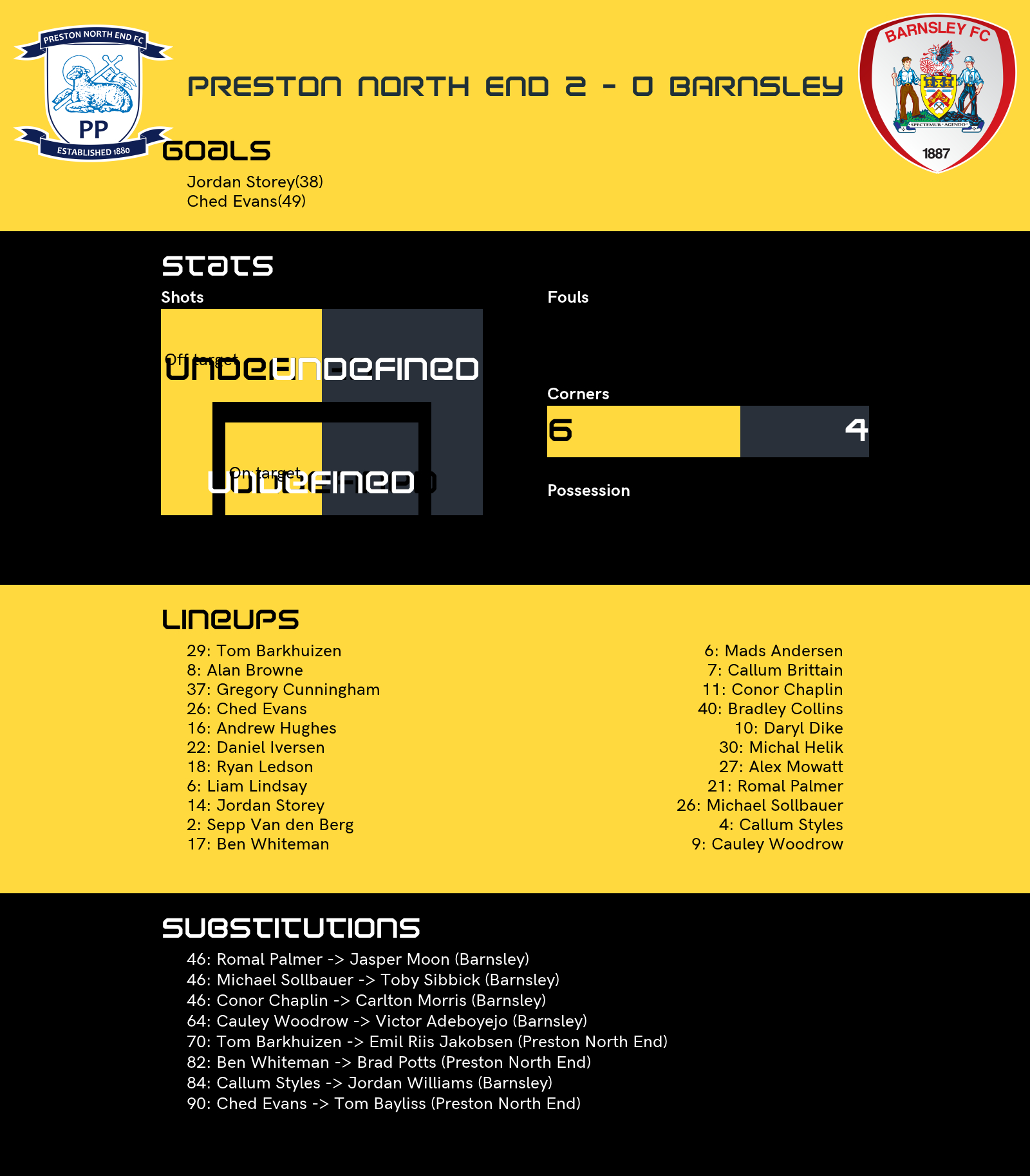