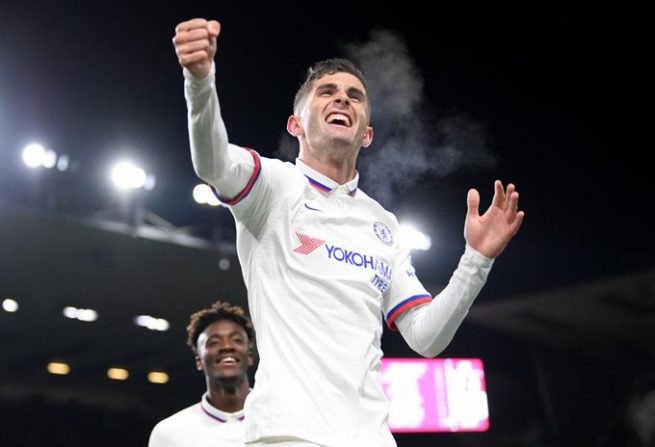 Frank Lampard’s Chelsea made it five Premier League wins in a row on the road as they came away from Vicarage Road with a 2-1 win on Saturday.

The West London club had scored 16 goals in their four previous away games and headed to Watford as many people’s favourites to come away with three points from this game.

Chelsea made the perfect start when Tammy Abraham lobbed the ball over Ben Foster following an excellent long ball from Jorginho to put the England striker in one-on-one.

Watford have Foster to thank that remained 1-0 until half-time as the goalkeeper made excellent saves to deny Abraham, Christian Pulisic and Mason Mount before the break.

However, the Blues appeared to put the game to bed 10 minutes into the second half when last week’s hat-trick hero, Pulisic, made it 2-0.

Watford offered little threat to Kepa Arrizabalaga’s goal up until the 80th minute when they were handed a penalty. VAR confirmed it after Roberto Pereyra eventually went down after Jorginho had caught his ankle inside the box. Gerard Deulofeu converted.

Chelsea’s defence has looked fragile under Frank Lampard this season and they looked nervous in the closing stages of this game as the Hornets ended on top. Quique Sanchez Flores’ side came close to stealing a point when Ben Foster’s header was well saved by Kepa with the final touch of the game.

Watford’s poor performances could see them head back down to the EFL if they are not careful between now and May.